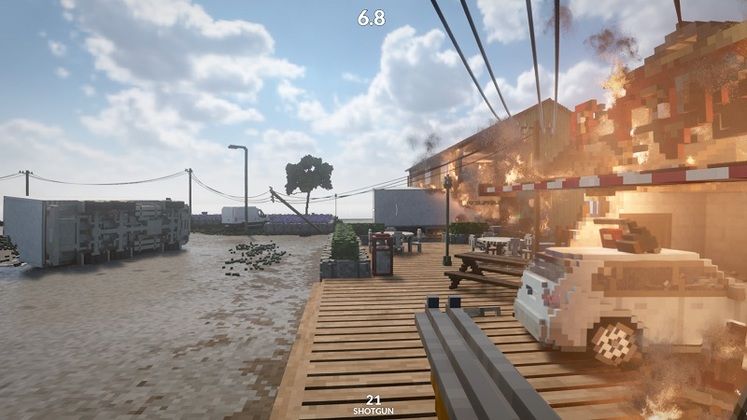 Voxel-based heist game Teardown has now launched in Steam Early Access, boasting technology that encourages creatively stealing things. Creative is a word that also describes the game's community, which didn't take long to follow up with the first set of mods.

Whether you're making vehicle-shaped holes into buildings and feeling the pressure of campaign mode or just having fun in other modes, our list of the best Teardown mods is sure to have something for you. 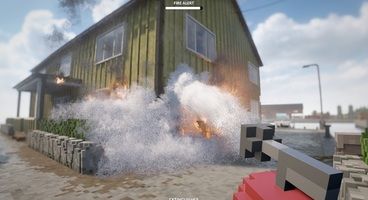 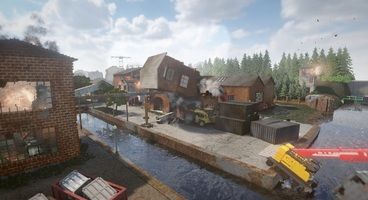 The first set of Teardown mods focuses on adding new item models into the game and removing the need to worry about running out of ammo.

We expect more Teardown mods to be released as people get familiar with how the game works over the coming weeks and months. That's why it's a good idea to come back regularly, as we'll keep updating our list of the best Teardown mods with new additions as we spot them. 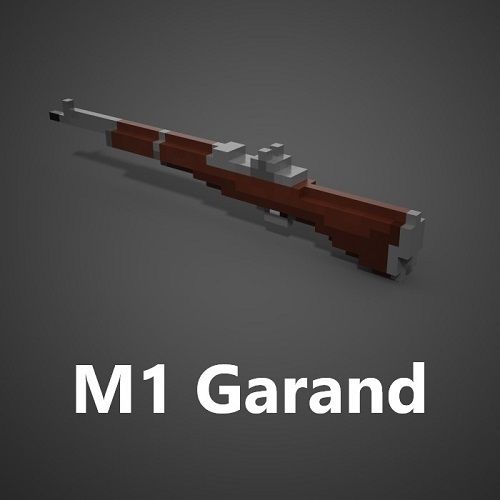 Kicking off our list of the best Teardown mods is one that adds the M1 Garand rifle to the game. To wield the iconic World War II rifle during your heists, head on over to Steam Workshop. 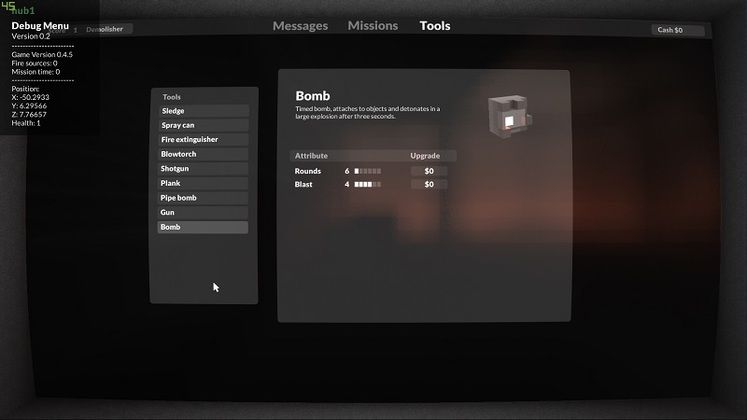 This mod gives you access to all of Teardown's weapons right from the very start of the game while also making upgrades for them available at no cost. There's also an option to just get the weapons for free, if traditionally upgrading them suits your fancy. Grab it from Nexus Mods. 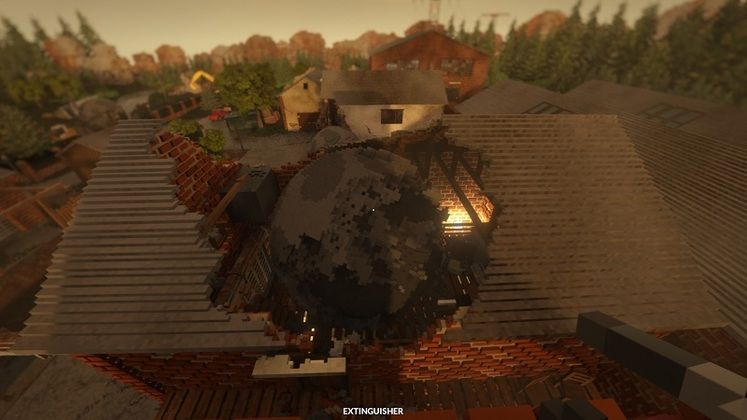 Teardown's Throwable Moons mod does what it says on the tin. Instead of small pipe bombs, you get to demolish your surrounding using celestial bodies, which sounds like a whole bunch of fun. You also get to pick between three types of moons, each with a different level of resistance to breaking. They're not exactly meant to provide finesse, but nonetheless open the way to whatever it is you want to steal. Download it from Nexus Mods. 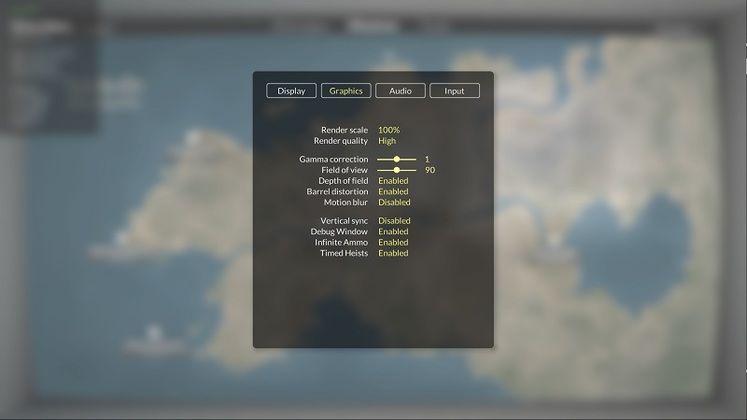 By default, Teardown only triggers the alarm after you steal your first item. The Timed Heists mod starts applying that pressure from the very start of a mission, adding a neat little twist to the vanilla experience. Find it on Nexus Mods. 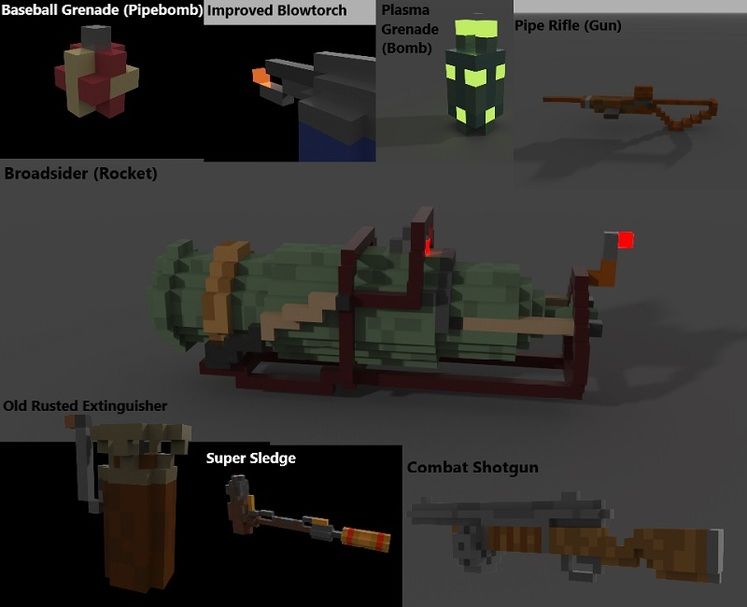 Here's a mod that makes heists a bit more post-apocalyptic. While it won't drop nukes on you as you perform your usual thievery, the Fallout Weapons Re-Model Pack lets you wield the Pipe Rifle, Super Sledge, Baseball Grenade and similar weapons encountered in Bethesda's popular RPG series instead of Teardown's default models. Give it a shot on Nexus Mods. 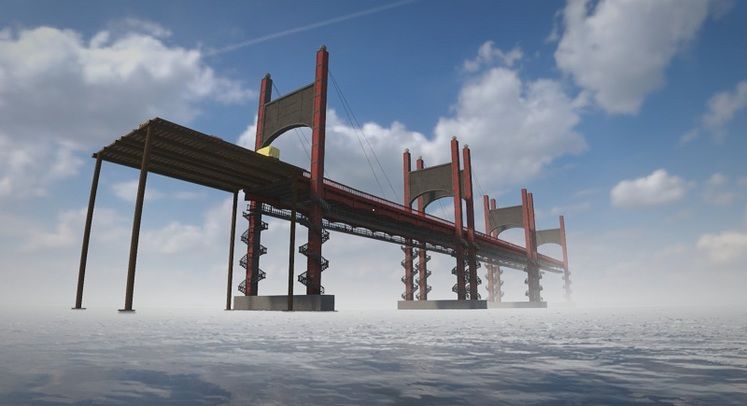 Sometimes you just need to take a break from destruction and thievery. Teardown's Bridge Construction mod facilitates that, giving you the tools to build a bendy bridge that doesn't necessarily go anywhere. The best part about it? What you build, you can also destroy, so it likely won't turn you into a devoted pacifist, in case you were worrying about that. Get if from Steam Workshop. 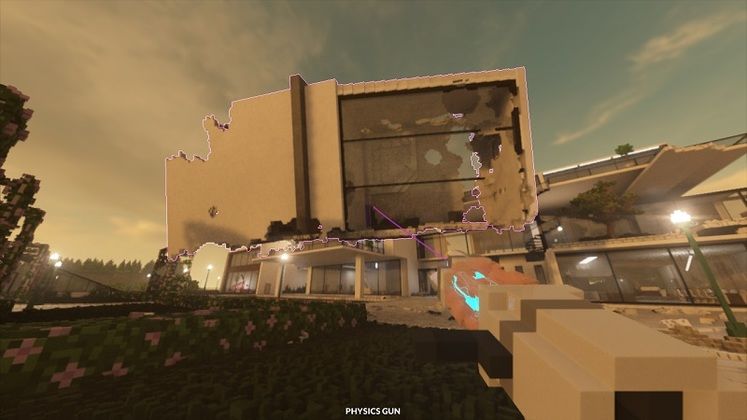 Teardown's Physics Gun is a joy to use and will bring back some neat memories if you've played Garry's Mod in the past. With it, you can grab objects in the world, rotate them, freeze them into place, unfreeze them, and, most importantly, throw them. Feel like using beams or excavators as projectiles? Head on over to Steam Workshop. 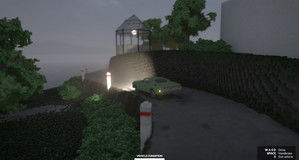