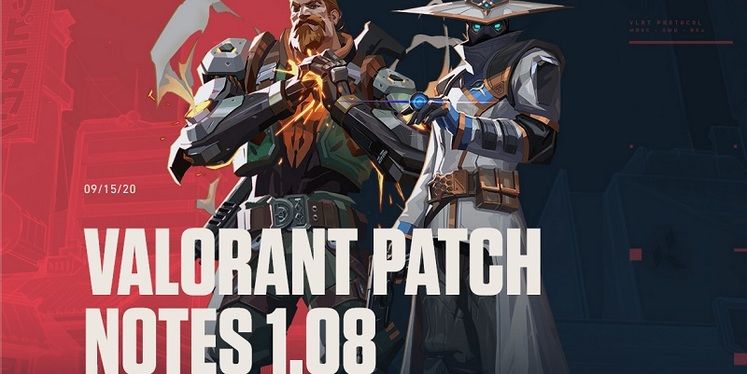 Update 1.08 also brings changes to Raze's Blast Pack ability which no longer damages allies and can be detonated by shooting it.

Valorant's map rotation changes make it less likely that players will play several games in a row on the same map. 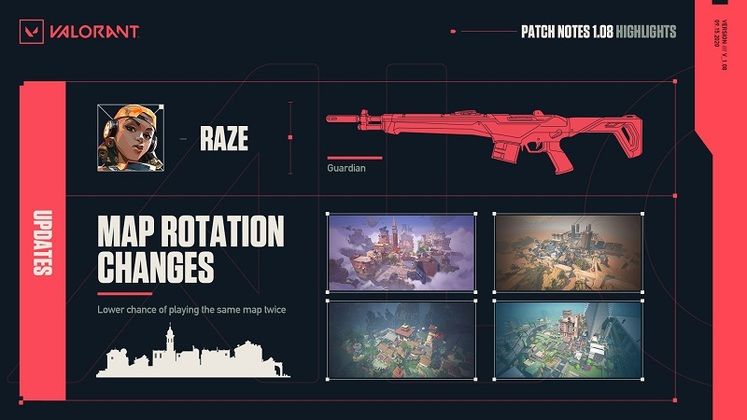 Below, you'll find all the changes and addition introduced to Valorant in Update 1.08, as detailed in its full patch notes:

Raze’s Blast Pack has been dishing out damage without giving enemies much counterplay. This change should help make it very clear when Blast Pack’s damage poses a threat while maintaining the utility aspects of the Blast Pack that players have begun to master. The blast pack now does not ‘fizzle’ when shot and will still do damage, meaning it should still be approached carefully if in lethal range.

It’s happening! The possible pool of maps you can get placed on is now ‘pseudo-random’ rather than pure random. What that means is if you just played, say, Haven, the matchmaker will deprioritize that map in your next game.

For more on Valorant, drop by our article covering Update 1.07 and all the changes that preceded Update 1.08.