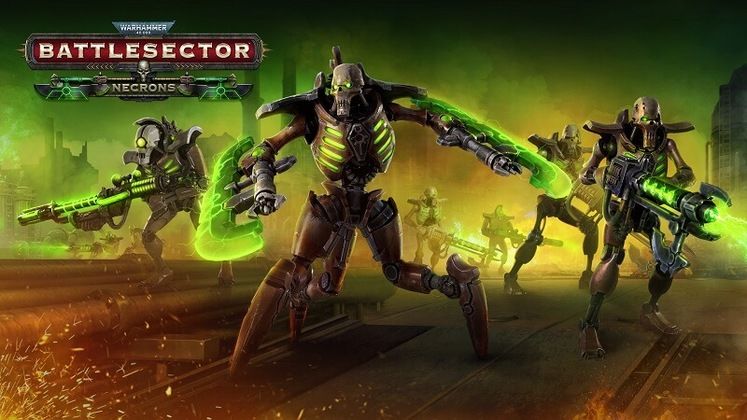 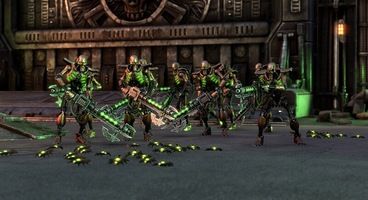 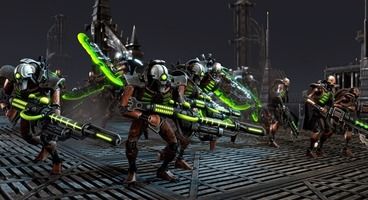 Players who pick up Warhammer 40,000: Battlesector's Necrons DLC will get to field and control no less than fourteen new units, all of them mean, green killing machines, hell-bent on eradicating all life from the universe.

The faction comes with its own unique skills and mechanics, its soldiers made from Living Metal and capable of resurrecting the fallen using Reanimation Protocols.

As far as HQ heroes go, the Necron Overlord uses Command Protocols to make nearby units stronger, while the Plasmancer is "a high damage nuker that can call down devastation with multiple earth-shattering abilities."

In terms of units, players can bring death and destruction unto their enemies using Necron Warriors and Immortals, as Lychguard and adaptable Triarch Praetorians bring additional tactical flexibility to the field.

Players who choose to wait longer before buying Warhammer 40,000: Battlesector's Necrons DLC can still encounter them as opponents in the War of Celestial Discord campaign (included in the free update), skirmish and multiplayer once it launches, they just won't be able to play as Warhammer 40K's stoic, silent killers.

Pitting the Blood Angels, Tyranids, and Necrons against each other, Warhammer 40,000: Battlesector's procedurally generated War of Celestial Discord campaign also lets players engage in "skirmishes versus new neutral sub-factions," which we'll hear more about in the lead-up to both its and the DLC's 2022 launch.