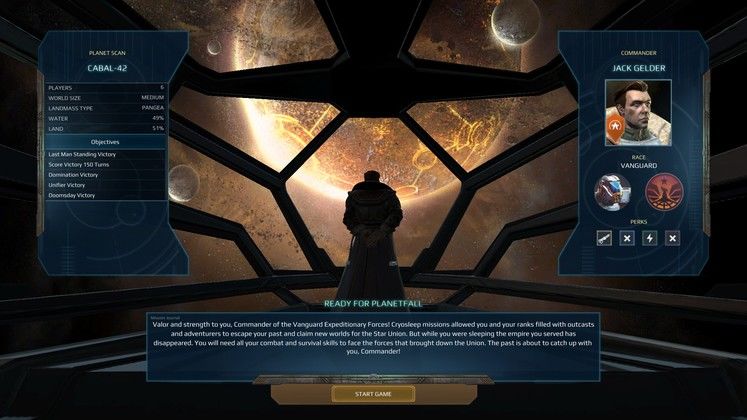 Let’s get one thing out of the way: Planetfall is not to Age of Wonders what Beyond Earth was to Sid Meier’s Civilization. The abrupt shift in setting in a franchise traditionally associated with a specific theme always turns some heads, but fans of the Triumph Studios’ fantasy franchise can rest assured – Planetfall is more than just a sci-fi skin; it’s a new game.

Taking place in the future of the Age of Wonders universe, Planetfall sees the aftermath of a cosmic dark age, where most empires need to rebuild their way into the stars. Players must land on a planet and colonise it, waging tactical combat while expanding their territory with cities and forward observation posts. 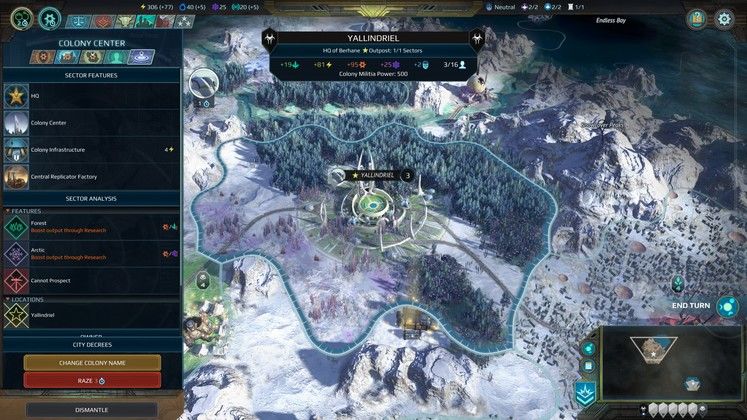 The overall campaign map feels similar to other 4X games like Civilization or Endless Legend, where units move a certain number of tiles every turn. Players are able to build cities, recruit units, and establish footholds, but unlike Civ, cities do not expand – each region is a predetermined province that can only be controlled by a single settlement, which can then build buildings and units and act as a self-sufficient outpost.

The base building is fairly straightforward, focusing on structures that increase resource wield or unlock new units for recruitment. The province mode works well, adding an interesting expansion strategy where you can either send settlers into adjacent regions to annex them, or send armies to control capital structures if the area possess one. Each army can only have up to six units, which is slightly restrictive at first, but battles can be reinforced by nearby units to increase the number of combatants in the field. 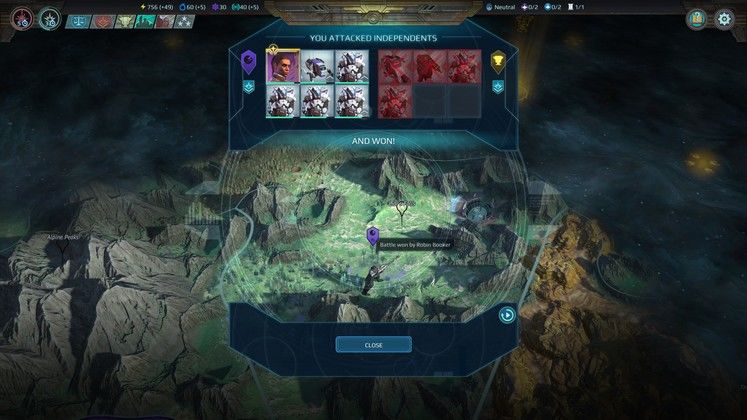 When encountering enemies, the game changes into a tactical combat mode reminiscent of XCOM, featuring individual units (or squads) that each possess abilities and skills, ranging from grenades and weapon shots to defensive postures and overwatch cover fire. Each unit gets three action points, and the fire command uses them all up – meaning a unit that doesn’t move fires three bursts compared to a unit who moved twice and only fires one.

Planetfall further tries to mix things around by adding a graze mechanic that allows shots to not miss completely, but instead partially hit their target for reduced damage. It sounds good in theory, but the frequency in which it happens means several shots that were certain to kill a target end up just wounding them. During my hands-on time with the game, I lost count of how many soldiers I lost to enemies with a sliver of health, thanks to every single shot I made grazing instead of hitting them. It felt cheap and punished me through no mistake of my own – and as someone who has finished XCOM ironman campaigns on the hardest difficulty without losing a single operative, this design decision makes my skin crawl. 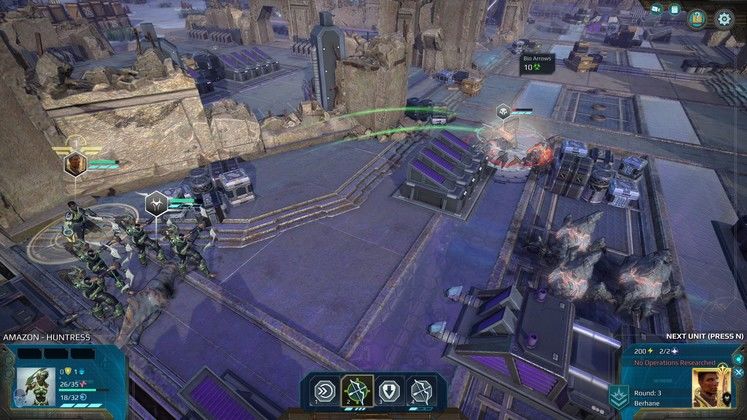 One very good decision, however, is the use of doctrines during combat. As you progress through the research tree, you unlock special abilities ranging from cluster bombs to death lasers, which can be used to immediately bombard an enemy unit. Those doctrines take a couple of combat turns to recharge, are not single use, and add a welcome element of strategy to squad-to-squad proceedings. The damage doctrines deal is also guaranteed, which helps slightly offset the game’s horrible tendency of making most of your shots graze.

One of the most interesting things about Planetfall is the way it binds tactical and strategy combat together through its RPG elements. Every unit can be customised with weapons, armours, and items, and the special hero units that represent faction leaders enjoy even more upgrade options, allowing you to gear up your troops as the game progresses and suit them to your playstyle. This, allowed with the quests given by AI factions, helps keep the game interesting and makes sure you always have an objective in mind besides waging endless war. 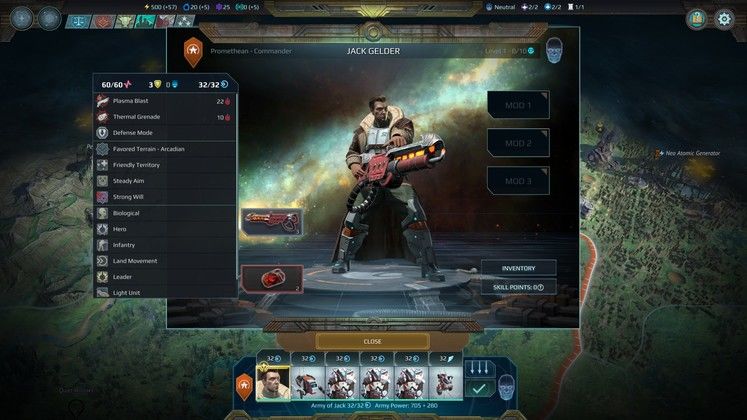 Of course, this wouldn’t be a 4X game if it didn’t had some diplomacy, and Age of Wonders: Planetfall has an intuitive approach that’s a far cry from Civ’s illogical temperamental rulers or Stellaris’ meaningless interactions. Every single message you send to other factions, be it a warm or harsh welcome, an insult or a compliment, generates a reaction, meaning simply being polite goes a long way to making friends. It adds a bit of nuance to what is traditionally a cold and unnatural mechanic, and it helps bring the sci-fi world to life.

Planetfall is still a few months away, but the game is already shaping up to be an interesting experience. The Civ-like portion of the game is currently it’s greatest strength, as the tactical XCOM-like combat seems to favour opportunistic AI, unfair RNG behaviour, and lack of player actions that ultimately leave a bad taste – Firaxis’ XCOM achieved critical acclaim by worrying about presentation and player experience more than just pure RNG, and Triumph would do well to study their methods before Planetfall hits the shelves on August 6th.