Call of Duty: World at War

We try out Call of Duty: World at War

For those who don’t know, Call of Duty 4 has been the top played game on Xbox Live more than once. Over Halo 3, mind you. It has exquisite multiplayer, and considering the new “Modern Warfare” that the game takes place during, it’s no surprise so many more people tried the game instead of leaving behind another World War 2 shooter. Sucks to be them.

Call of Duty: World at War, made by TreyArch, the developers behind Call of Duty 3 (which, as we reviewed, also had phenomenal multiplayer), brings us back to WW2 for perhaps our final mission before getting on to another war (with the possible exception of a Call of Duty MMO). While single player remains a mystery, we’ve been playing in the multiplayer beta for quite some time now, and are going to tell you all about it.

If there’s anything you need to know, it’s that if you liked COD4, you will like World at War. The multiplayer is fairly identical, with the exception of having WW2 weaponry, and of course all the updates to gameplay. From the menu screen to the style of maps to the swipe of the knife, little has changed from the switch of developers and timelines.

Which means that such things as perks, weapons load outs and custom settings for just about everything are still there. The maps are highly stylized, not in the same way as COD4 but they show plenty of depth. There are many places to climb into and escape from, large open spaces and tight corridors…let’s just say that they are some of the best multiplayer maps we’ve seen thus far. Lighting on some of the darker maps was a concern, something we hope will be fixed in the full release if it hasn’t already.

As mentioned, the biggest change of all is the weapons, since they’re obviously not modern in the slightest. Players who have grown accustomed to the newer technologies will find it hard to go back to shooting single-shot rifles. I’ve had a very difficult time using anything other than a sub-machine gun, and it’s easily one of the more annoying things. What can you do? Live with it.

Many of the perks are identical to those in COD4, and the addition of vehicle perks is both titillating and unfortunately almost utterly useless on most accounts. However, it’s become greatly appreciated, especially considering it doesn’t take up the space of another perk, though in my time playing I’ve only gotten in one vehicle. If TreyArch will have more maps in the full release with battles based around tanks, trucks, etc., then this perk is more than necessary, but it’s too early to tell for now.

The previous three, five and seven kill awards are still here, this time giving radar, artillery and attack dogs. The artillery is almost identical to airstrikes from COD4, but the attack dogs are another story. They are essentially weak, easy to kill but hard to shoot dogs that have an easy one-two kill on players. And they come in swarms, over time, so while from a distance they’re easy to pick off, a team of soldiers can easily be overrun if they’re too close. Now the sound of dogs is frightening…and it’s also a great way to start up a conversation about animal cruelty. (Remember, this is Xbox Live.)

One other thing we’re happy to see is two separate forms of team deathmatch: one for groups of friends and another for random people. It may sound odd, but ever want to play a team game by yourself and end up playing against a group of four or six guys who are all playing together? It’s annoying, to say the least, generally for both parties. The former ends up losing and not enjoying themselves, and the latter easily wins without a challenge. This additional gametype is a great idea, and considering how many people will be playing the game, we think it’ll work out great.

So, ready to go back to war for another fight? Check out Call of Duty: World at War, coming out November 11th, 12th and 14th in the US, Australia and the UK respectively, on all platforms. 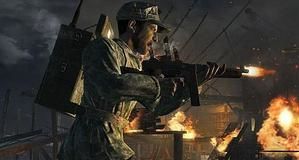 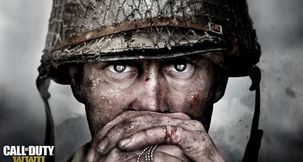 Update: Catch The First Trailer For Call Of...