A familiar formula looking to branch out 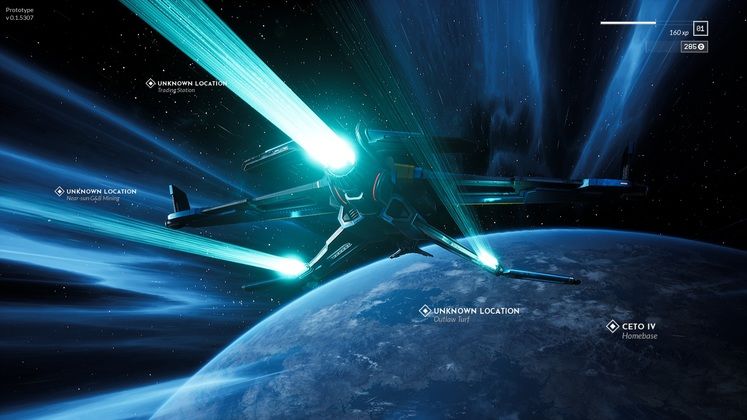 Everspace 2 has set some fairly lofty ambitions for itself. Not only does it aim to shed the original’s roguelike garb in favor of an open world brimming with things to do and mysteries to uncover, but also to improve its narrative and give players more space toys to play with. Developer Rockfish gave us the opportunity of going hands-on with a (very) early version of the upcoming open-world space title, and we saw a promising concept that has the potential to evolve the series in a good direction.

The Everspace 2 demo started off in a hangar, where we had access to three ships, each with a slightly different combat focus. We were particularly fond of the Interceptor, whose three primary weapons turned it into a more straightforward damage dealer than its counterparts. Equipped with three weapons effective at various ranges, its toolset excelled at medium-to-close range. Meanwhile, the Assault Fighter’s Rail Gun came in handy when we didn’t want enemies to get close, while its EMP Pulse would turn into sitting ducks those enemies that did manage to close the distance.

One thing that stood out from the first moments of flight was how smooth controlling the three ships felt. As easy to pick up as the original, Everspace 2 continues to rely on arcade-style movement, instead of complicating things with tons of input requirements for simple actions. Taking off, landing and navigating debris to reach a marooned scientist or an iron deposit turned out to be quite intuitive and fluid, the same applying to looping around to get a clear shot on your enemy, or suddenly shifting direction to avoid fire. 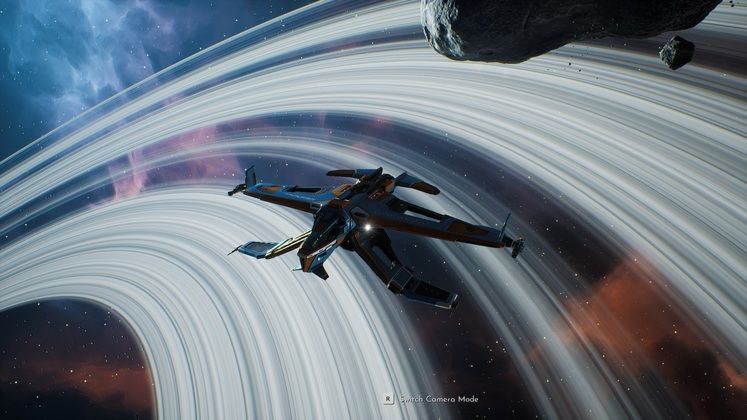 Despite aiming for an open-world experience, the locations in the Everspace 2 demo did feel a little too similar to those of the first game. Although each location came with its points of interest like resource containers, neutral trading posts, enemy bases or strange shadow creatures, they were all concentrated in a relatively small area. Helpful markers directed us towards floating scrap or different modules left behind by fallen foes but, although outright gorgeous, the areas we could visit largely came off as a bit small and limiting, as they didn’t make use of enough space.

Battles, luckily, helped offset that, to some extent. Just like with its movement, Everspace 2 continues to capitalize on its explosive combat, which also lands on the arcade side of things. We could fire primary weapons until the shared cooldown kicked in, while secondary weapons ran on set amounts of ammo. A well timed use of the weapon overdrive module could increase our damage output, giving us enough juice to make short work of enemies within our level range.

For the most part, punching holes into an opponent’s armor, only to see them explode in a ball of fire was quite satisfying, engagements remaining short and sweet. The handful of enemies on show did occasionally attempt some light outmaneuvering, albeit only shyly. Nonetheless, the frantic ballet that most battles eventually turned into made looping around to counter an enemy’s move and blast them from up close with the scatter gun feel awesome. 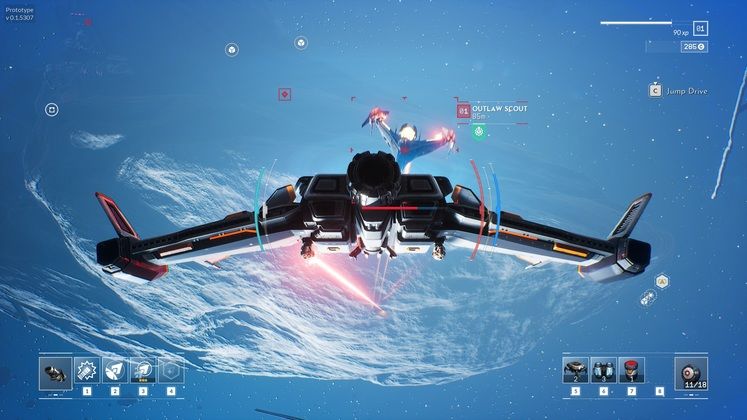 The emphasis that Everspace 2’s demo placed on finding (and trading for) loot could pave the way towards engaging ship customization. Swapping out weapons on the go means that you can instantly turn your ship from a medium range beast equipped with blasters and coil guns, to a specialist that excels at extreme ranges using its scatter gun and rail gun. Seeing as some weapons require a charging time before firing, this also brings with it the need to adapt to different playstyles. Then, accessories and consumables add another layer. EMP blasts temporarily shut down opponents that got too close, while weapon overdrive added extra damage to our shots for a limited time. Trusty nanobots would repair our damaged hull until we reached a station for more comprehensive repairs, making these, seemingly auxiliary, items quite a welcome boon.

Destroying opponents and completing missions meant our ship leveled up, gaining upgraded stats and making it more likely to survive encounters with higher level enemies. At the same time, it felt at odds with another of the mechanics that we quite enjoyed. In Everspace 2 , you can fly to distant locations within a star system (and, eventually beyond) at your leisure. Hold C, and a few seconds later you’re ready for some long distance travelling.

This apparent freedom can, however, work against you in specific cases. Upon reaching unexplored territory, you can encounter enemies several levels higher that take no effort to squash you. There’s also a flipside, where having a few strong enemies left over in a location spurs you on to get better weapons and return, but this type of situations were few in the demo. It’s hard to say just how this will play out once Everspace 2 hits Early Access, but we hope that the larger story focus won’t also mean that ship and enemy levels end up being used as a way of setting players on a rigid, fixed path. 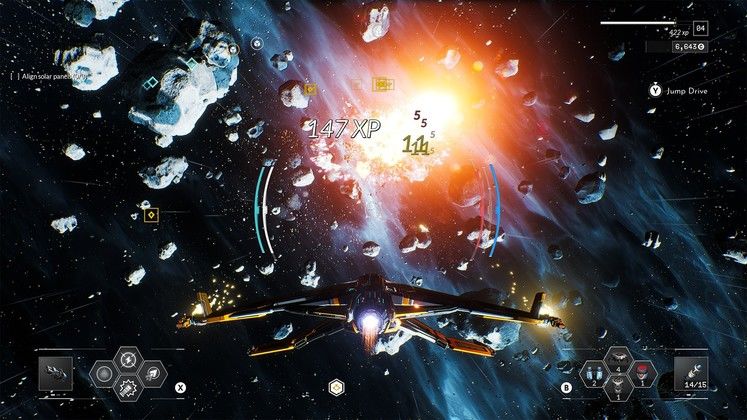 Our time with Everspace 2 revealed a game still in its early stages that, nonetheless, understands what made the original tick and looks to build upon it. From its fluid movement and explosive combat to its loot and newfound freedom, the seeds of an engaging, immersive gameplay loop look to already be planted. We’ll get a clearer idea of where developer Rocksteady’s aims to take the game throughout its Early Access period, which starts late next year. The full release date of Everspace 2 is currently set for 2021. 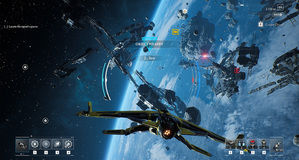 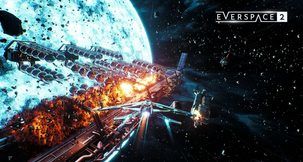