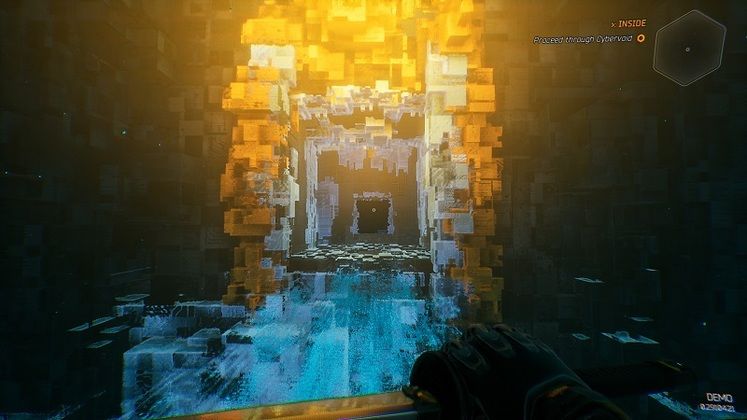 Ghostrunner’s most recent demo makes clear the game’s main intention from early on – it wants you to embrace being a cyberpunk ninja and slash foes to bits while stylishly navigating dystopian environments. But while there’s no doubt about the fantasy at the core of its action, the way it goes about it – at least judging from the first two levels available – comes off as somewhat confused.

As the titular Ghostrunner, you’ve agility on your side. You’re able to move relatively fast, pick up speed while sliding down slopes, but also use grappling hooks and dashes to traverse larger gaps. Dashing in mid-air also briefly slows time, letting you slightly alter the direction of your jump. This ability becomes a vital part of gameplay, as it allows you to dodge incoming projectiles that otherwise kill you in one shot. That’s where the “hardcore” in “hardcore FPP slasher” comes from.

On the one side, levels feature stretches without combat, where platforming is accompanied by narrative exposition that better acquaints you with the game’s dystopian Dharma Tower which you’re tasked with scaling. On the other, you’ll go through segments that house enemies ready to take you down unless you use movement for evasion and your deadly sword to take them out. Just like you die in one shot, it takes only one slash of your sword to dispatch enemies. The challenge, however, comes from planning your approach and knowing the right time to strike. 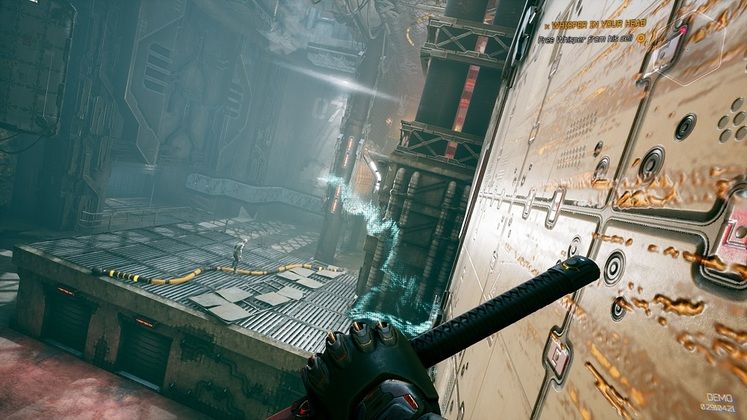 Although you’re a melee fighter, you can lunge from a healthy distance, provided you make it past the enemy projectiles. The demo features just one type of foe but it takes a while to get used to how their attacks work. They’re well telegraphed for the most part, but we also ran into instances where death came without even seeing the projectile leaving the gun or right as we killed opponents.

It’s best to slow down time before dashing just as the projectile is on the verge of leaving the opponent’s weapon. This usually leads to enough room to maneuver around it and execute a clean kill. Things get trickier when you’re in the range of multiple enemies. In the demo, it was the path leading to them that made up the challenge. Sliding in a straight line requires different timing and choice of direction than wallrunning on a curved metal wall; the latter lets you worry less about incoming shots until you’re very close to your target.

Ghostrunner’s checkpoints are placed before and after these combat segments. In our case, this led to quite a bit of trial and error that wasn’t all that fun due to the limited tools we had at our disposal. When we eventually figured out how to progress and flawlessly execute the enemies standing in our way, the movement’s fluidity coupled with the speed of attacks and groovy soundtrack birthed a rhythm that we wished we could see more of uninterrupted. 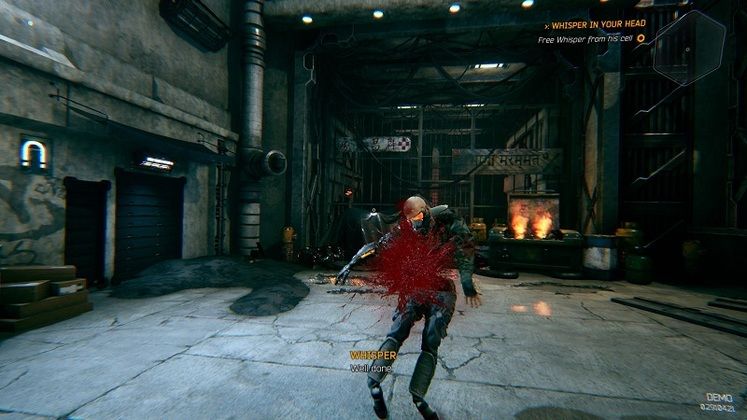 Visually, Ghostrunner’s demo looked its best in the latter half of its second level, when tedious industrial environments got replaced with a digital plane that featured good use of colors. It’s not an ugly game, by any stretch, but its “real” world never felt quite as oppressive as it, perhaps, intends to be. The lack of a visual representation of the main character’s sword connecting with bodies and slashing them open also somewhat hurts immersion. You always get to see the result of your attacks, as bodies cut in two fall inertly to the floor, which is very satisfying. But despite each slash feeling quick and powerful, combat felt robbed of its full effect.

Perhaps the release version ups the number of enemy types and gives you more tools that allow for the superseding of the trial and error. It could, at least, mix the difficult segments with ones in which you can more easily enact the cyberpunk ninja fantasy that Ghostrunner is going for, as that’s when the game shines the most. What’s certain is that we won’t have to wait too long before dipping into Ghostrunner’s full version which launches on October 27 and is headed to PC, Xbox One, PS4 and Nintendo Switch. 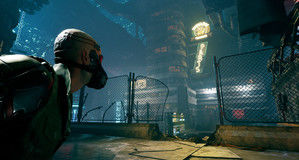 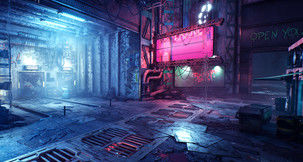