Men of War 2 has a fresh coat of paint that sees units and environments represented in greater detail than before. It also features a handful of gameplay updates, including a dynamic frontline that shifts as missions progress, alongside modding tools, and other additions, which we got to briefly see in action during a presentation held by the publisher earlier this month. 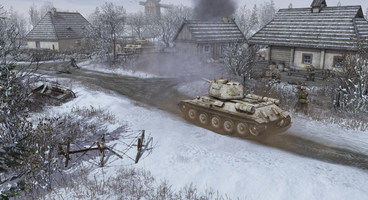 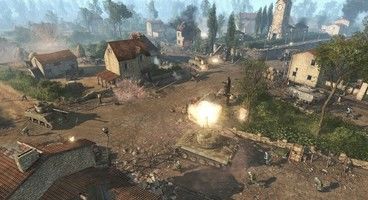 The Front Line is a key new addition and one of the most important elements of Men of War II’s gameplay, having a significant impact on the course of its battles. It essentially divides the map into two, one part belonging to you and your allies, the other to your enemies.

Certain actions can only be performed on your side of the Front Line, which is part of the reason why you’ll want to do your best to push it forward. Recruited troops can only appear at a certain distance from it. Engineers can set up trenches and minefields only on your side of the battlefield and, most importantly, there is no fog of war in allied territory, allowing you to see all trespassing enemy troops, aside from the ones using stealth.

The Front Line can only be moved by infantry, including paratroopers, and small guns. Tanks can provide support in pushing the line, but not do so by themselves. Players can also bend the front line to surround the enemy, spelling doom for the opposing forces. 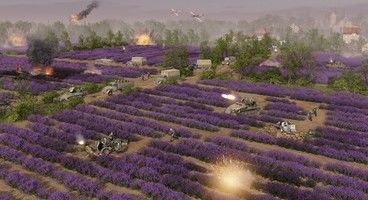 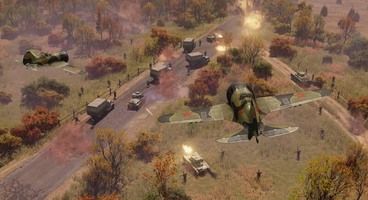 Two other significant additions in Men of War II are its Direct Vision and Direct Control features. They essentially let you play as any of your units from a first-person perspective, controlling where it moves, what it targets, and when it shoots. While you control a tank’s main gun, the AI makes sure that its secondary turret doesn’t stop firing.

There are no limits to how often you can make use of this feature but, as tempting as it sounds, you won’t be able to issue orders to your troops while using Direct Control.

Players get to field over 300 vehicles and 45 battalions, including tanks and artillery pieces, all of them realistic models based on historically accurate documents, blueprints, and information, according to the publisher.

Men of War II will launch with 2 cinematic single-player campaigns – one dedicated to the Allies, another to the Soviets –, exploring battles across both the Western and Eastern fronts. 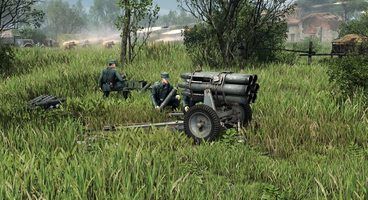 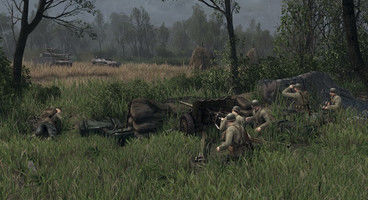 We were shown a work-in-progress build that focused on the first mission from the Soviet campaign, tasking them with holding off the German forces. We saw a makeshift trench network dug close to what looked like a small village, granting defense against the Axis attackers.

The developer put extra effort into the game’s sound, focusing on details like distance, and making sure to highlight the differences between weapons as best it could.

There won’t be any superweapons in the game, according to Development Lead Maxim Kamensky, and tanks aren’t death machines that can destroy everything. They’re very much capable of wiping out infantry in an open field, but howitzers and anti-tank guns will pierce their armor, especially if they hit it from the right angle.

That’s because tanks in Men of War II have “very complex armor penetration rules” that try to bring the game as close to real life as possible. Armor is thicker in the front, thinner on the sides, with the back being the most vulnerable part.

Although the UI isn’t finalized yet, the developer noted that in-game target indicators show the shells’ piercing power and chance, as well as armor thickness, helping players decide if retreating is a better option than staying in the fight and trying to find an enemy’s weak point. 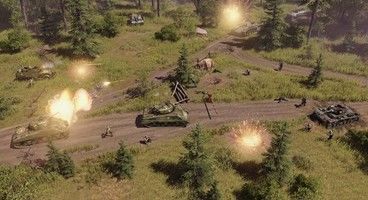 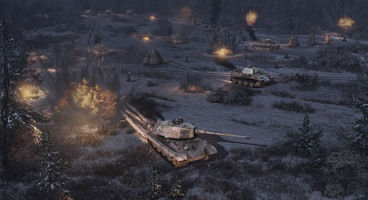 The footage then shifted to a mission that tasked the Soviets with destroying three bridges to stop German troops from advancing. Artillery can destroy bridges from afar, but it takes time. A more direct approach is to move your troops closer, wipe out the Germans that did make it across, and destroy the bridges with your tanks.

If you’re feeling particularly sneaky, you can use camouflage to hide armor and get the drop on unaware opponents. Tanks also come with armor-piercing shells, effective against other tanks and heavily armored targets, as well as heavy explosive shells that wreak havoc among infantry and lightly armored targets.

Men of War II will also launch with multiplayer support for both PvP (5v5) as well as co-op modes (up to 5 players). Here, you also get to play as the Axis and team up or fight against players who pick the Soviets or Allies. Most of the missions in the game can be completed in co-op, according to the publisher.

In multiplayer, players assemble a battalion by choosing one of 45 presets (15 per faction), each one focused on a certain playstyle. Units are grouped into echelons for early, mid, and late game. Battles start with light tanks and weaker infantry, gradually escalating until their final moments are fought stronger units like Tiger tanks.

Each template has variations that keep things interesting. Players can also modify presets, adding to the mode’s uniqueness. On top of that, multiplayer will feature both fully customizable lobbies and customizable matchmaking for 5v5 player battles. 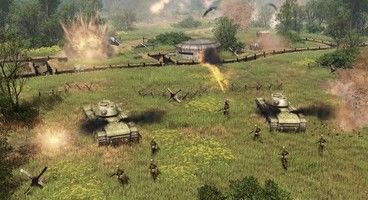 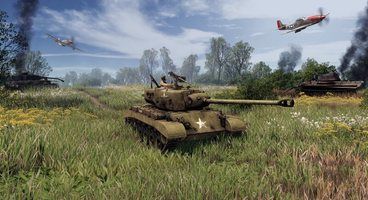 Obstacles like anti-tank mines, trenches, and barbed wire can be used to stall enemy progress or force their units into your troops’ line of fire. Vehicle components, such as turrets or tracks, can be broken (in which case you can repair them) or completely destroyed.

We saw a lone Sherman venturing into enemy territory, past the Front Line, which greatly limited the tank’s vision range. Daring players can only rely on allied unit visibility in these situations, but enemies can sneak up and attack from the side, through the fog of war.

The Sherman didn’t have odds on its side to begin with but, once it crossed that line, enemy soldiers easily flanked it while Panzers kept it busy, destroying it without much trouble.

Men of War II will also launch with full mod support, which includes a set of tools that players can use to create their own scenarios. According to 1C Entertainment Brand & PR Manager Iliya Svanidze, the possibilities are vast enough so that you could potentially create a World War III scenario, head back in time to the British colonies, or even recreate other battles from WWII, like the Normandy landings. 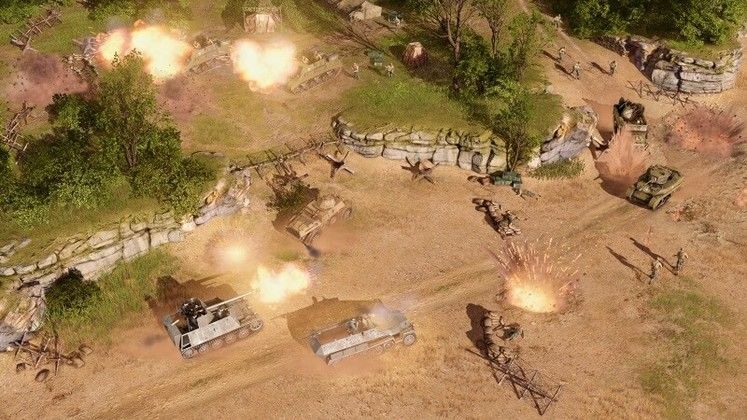 When asked about whether or not the sequel will still cater primarily to a hardcore audience, Svanidze said that it is “the same hardcore game as before” while noting that it does come with “some new features for the newcomers.”

Developer Best Way tried to make micromanagement easier to handle while keeping in most of the features from the past games. Additionally, the game will feature multiple difficulty levels that should accommodate newer players or those who aren’t expressly looking for a challenge, but still want to experience its WWII battles.

Men of War II is currently slated for a 2022 launch and headed to PC. There’s no word on storefronts or pricing yet, but we expect to learn more closer to release. 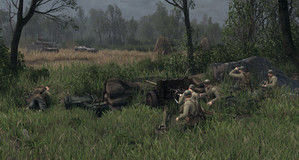