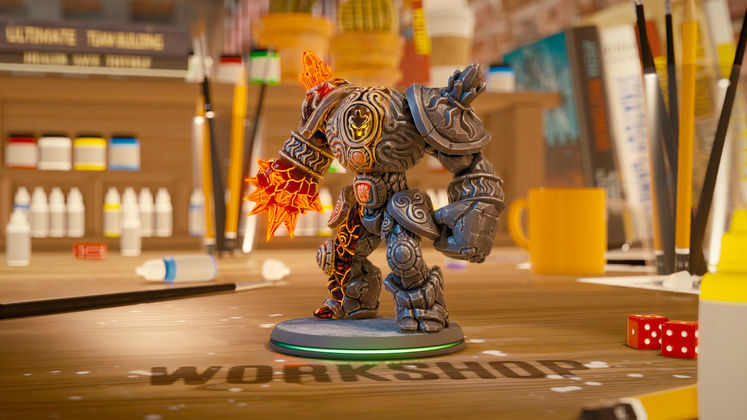 Most people at one time or another have delved into the wonderful and expensive world of miniatures. Whether it be Games workshops Warhammer or Dungeons and Dragons, most people will have owned or at least seen one miniature or another. The pleasure that can be had by carefully painting a miniature to perfect is hard to describe.

Many people don’t even play the related miniatures games and solely buy miniatures for the purpose of painting and collecting. Ubisoft understands this, which is why their new game just released in early access, Might & Magic: Showdown has two components to it.

The first is the main game in which player’s pit miniatures against each other in player vs player battles. The combat is a real-time tactics system where players directly control a hero miniature and have companion miniatures run by tactical settings which can be set pre-match. The hero has a set of abilities that can be activated upon cooldown and each hero has access to an array of abilities that are unlocked as the hero levels up. 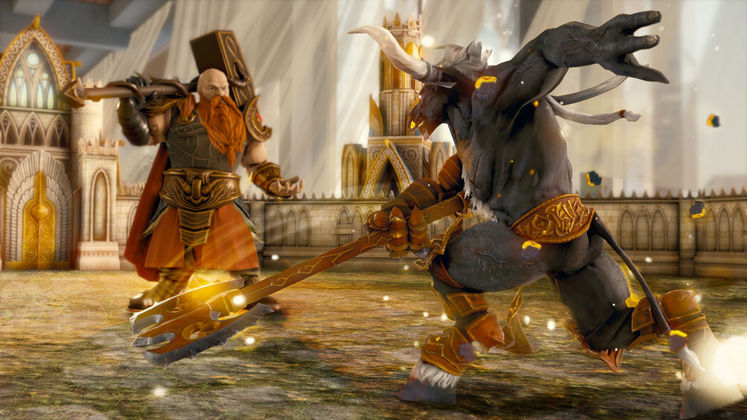 As you win matches you earn the in-game currency which allows you to purchase new miniatures including new heroes to play as, each with a different playstyle and abilities. The game includes a nice synergy system that allows you to combine attacks with your minions to perform powerful synergized attacks that will massively increase damage output.

The other component to Might & Magic: Showdown is the customization of the miniatures themselves. The game offers this for free as a separate entity so people can collect and paint their own miniatures to their hearts content without having to purchase the main game. The painter in the game is extensive, time consuming and impressive. The sheer amount of customization options leaves fans of painting miniatures with every option they could possibly want from paint types to brush sizes.

The game is out now on steam early access and the full version is expected around spring with the developers stating that they expect at “least 2 months of early access to ensure enough time to balance and polish the experience. But in the case a fantastic suggestion arises which requires more time, we would consider supporting it and thus having a longer early access period.” 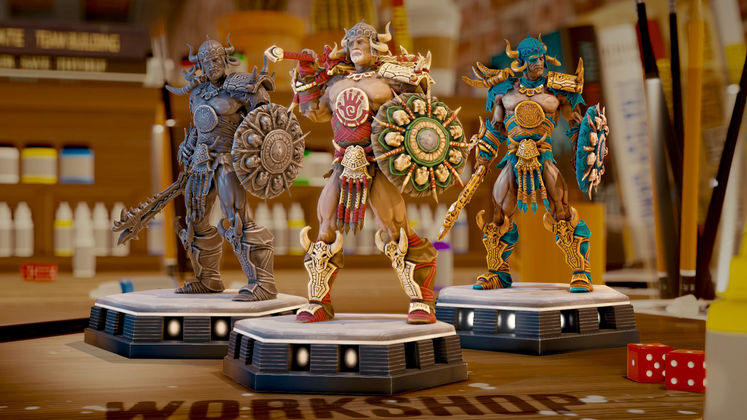 The free miniature painter is a great move for the game and the level of customization and detail in the miniatures themselves is truly unrivalled in the digital sense. I have spent hours painting every little detail from my hero to come up with something truly unique.

Might & Magic: Showdown’s biggest flaw is that its main game, combat system and lack of a real story driven single player campaign is unfinished and outright boring. The combat is slow paced, tedious and the controls are sluggish and leave players unengaged. It’s a real shame that they didn’t create a real tabletop experience or a turn based combat system as it would have suited the game rather nicely and produced a more hands on pleasurable experience.

Might & Magic: Showdown can be purchased for $19.99 for the standard steam early access version and the developers