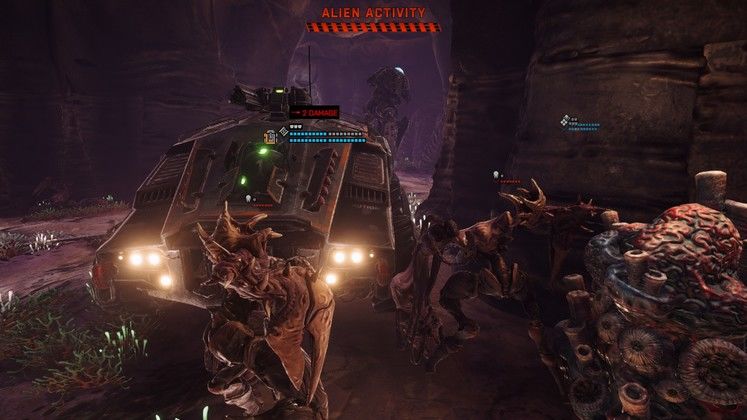 We’re looking forward to Phoenix Point with a reverence only equalled by XCOM 3 - which is apt, because it’s looking to be just that. If you’re not aware, Phoenix Point is a full successor to XCOM, and it’s being led by that series’ creator Julian Gollop. It’s also looking fantastic, and now we get a proper play of it too.

The version we tried is the just released Backer Beta 3, a pretty expansive dive into the game with a lot of the key features present. We got a good look at how the Geoscape function works and had a go on a few different types of map - including an assault on an alien based. In general it’s looking amazing, but we do have some concerns. 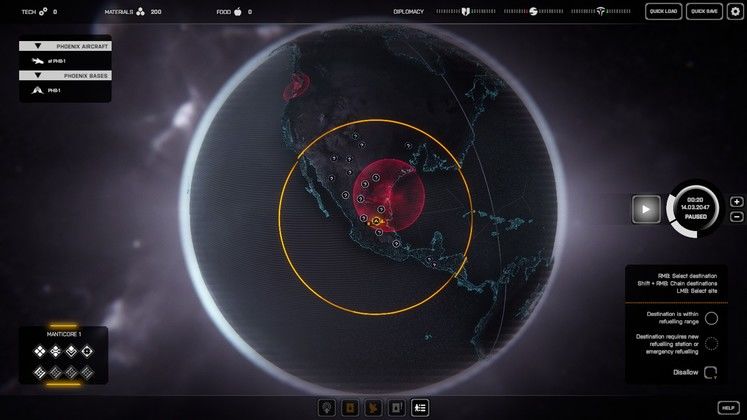 While we got to check out a mission in the game previously, the main new feature of the new beta is the Geoscape map. It’s very basic at the moment, but it gives us an idea of what we’ll see in the final game. The idea is that Manticore aircraft have fuel, represented by a circle. As you explore the craft uses more fuel, and if you don’t find a new source you’ll have to return to base. Before then, you scout locations, see if there are any Haven sanctuaries that need any assistance (or anything to loot), and eventually head to the alien base.

There aren’t really any base features implemented at the moment. There are a few basic features, like building a radar to expand your visible Geoscape area to see more locations, or refuelling points, but otherwise bases aren’t really featured. You can customize your team at least, and we advise stocking up on ammo before you go - that’s right, Phoenix Point has ammo. And we’re not sure we like that fact. 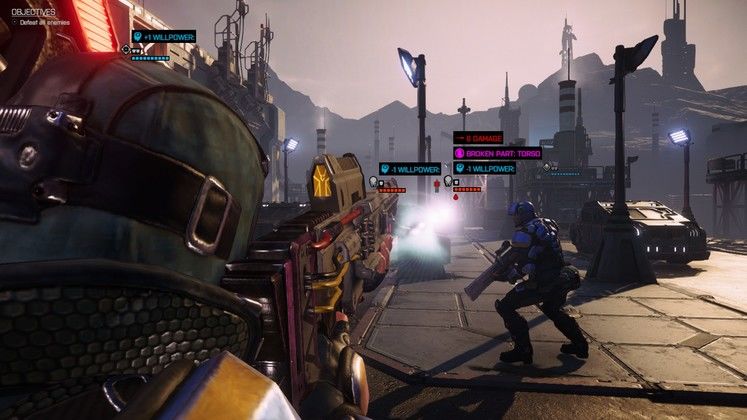 Of course the part we were more excited to play was the main combat missions, which have received something of an overhaul - at least in regarding the aiming. Previously the aiming was strictly XCOM-style, in that you chose to fire at an enemy, got the percentages, and made the choice whether to attack or not. One of the cool new introductions, based on the original X-Com games, is a full bullets physics system - so even if you miss your target, your bullets carry on and can damage structures, enemies, or allies behind them. This already changes things up a lot, but was in the last demo we played.

Now though, Snapshot Games has changed things up a lot by allowing you to zoom and target specific points on an enemy. There’s now three tiers of damage - Likely, Possible, and Not a Snowball’s Chance in Hell (our term). If you aim at an enemy and all blocks of its health are filled with Likely damage, there’s a good chance you’ll kill it - or at least definitely cripple it, if you’re aiming at an arm or leg. This system even allows you to target enemies who may be mostly covered - you can aim for the part of their bodies that isn’t covered. Or, you can ignore zooming and just take your chances the normal way. It really is quite elegant. 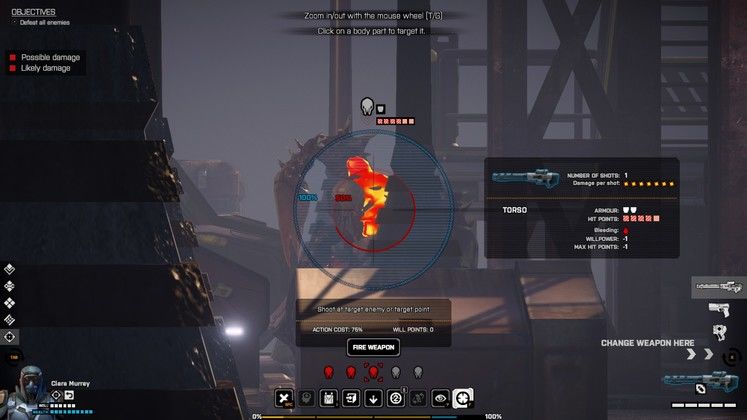 We had a good range of squad members. Heavy weapons and jump-pack guy, sniper, engineer, and assault rifle guy who could fire several times in one turn if you used him right. We also had a heavily-armoured APC, with a massive cannon on top. We’d just use that all the time if it had infinite ammo - which it doesn’t, so we still had to prioritise good ol’ fashioned on-foot shooting. 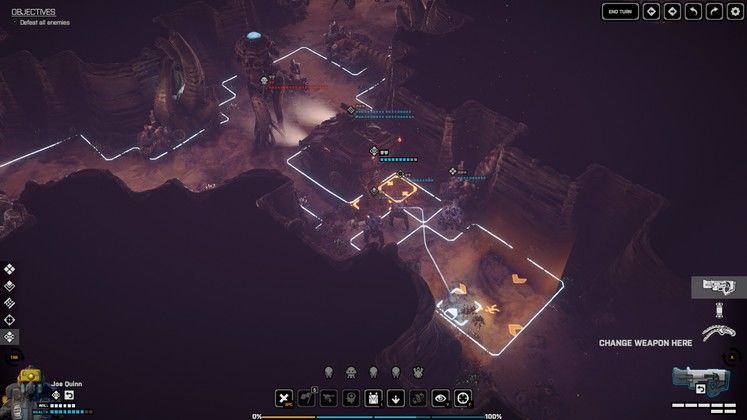 The first Haven Defence mission was an absolutely blast, nonetheless. Hunting alien Crabmen through a factory, watching your every move, having the APC as backup, it was a lot of fun and felt like a more impressive (and better looking) XCOM. Then we got to the second mission, the Alien Base, and it all went to hell. Enemies spawned literally out of nowhere, everyone was out of bullets in no time at all, Crabmen would rush in and destroy someone’s weapon - rendering them unhurt but useless - and everyone was dead or had a facehugger on them before we even saw the alien spider queen. It was clearly meant to be Aliens-esque, unfortunately that scene wasn’t much fun for the marines. We got our asses kicked, pal..

Phoenix Point currently has a rough release date of June 2019, which is plenty of time to iron out the flaws.

Phoenix Point has the potential to be a true XCOM killer, and we’re massively excited by it. However, the current backer beta is a bit of a let-down. It’s only meant to be a taste of the game, but it’s kind of a sour taste - as while there’s a lot of greatness here it’s also a frustrating experience. We’ll list the problems we had in the hope they’ll all get ironed out... 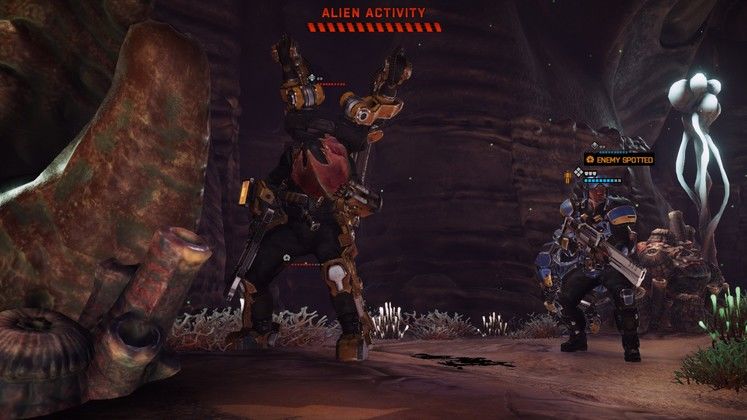 ‘Alien Activity’, the AI’s turn, takes way too long right now. There are a number of complications we could do without, which generally just make the game more confusing rather than fun - such as having limited ammo, or all the different turn options. There are no mid-mission saves right now. Rocket launchers and grenades are just completely messed up. Every time I played the alien base, a Crabman appeared literally out of nowhere and destroyed my best soldier’s gun, rendering him useless. In fact, alien bases are just far too unfairly tough - and we hate the idea that aliens can just spawn in. Random alien reinforcements should be turned off.

Nothing in that list cannot be fixed or polished before the game’s June 2019 release date, which is still only an estimate anyway. If they do, then Phoenix Point will be an incredibly exciting and fun game. The limb targeting, the terrain destruction, the excellent alien and location designs, the different factions, and the wonderful refinement of XCOM’s combat and classic X-Com’s Geoscape - there’s a lot to look forward to. We may have had trouble with the beta, but Phoenix Point is still one of our most wanted games of 2019 - and nothing will change our mind.

The fully refined and operational Geoscape looks a lot of fun, especially when getting to deal with other factions. 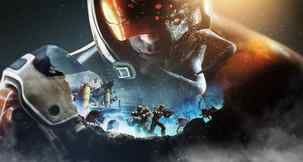 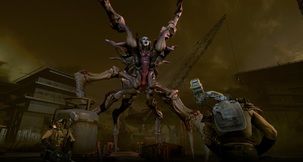 Phoenix Point is the Next Epic Games Store...