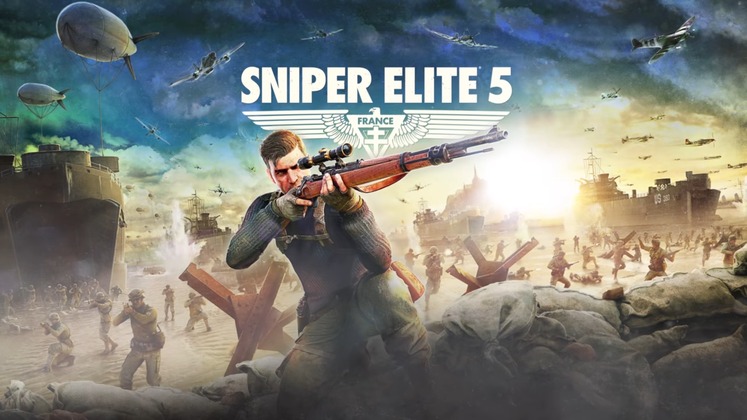 You can never have too much of a good thing. For instance, there’s been four Sniper Elite games and four Zombie Army games where the key component is sniping Nazis, and watching the deliciously grisly results. Yet getting a fifth helping of Sniper Elite is still a very welcome thing indeed. Can you truly tire of exploding Nazi knackers with high-powered rifle fire? Nein.

While each iteration of Sniper Elite hasn’t exactly ripped up the rulebook, they do just enough to riff on the previous game in a fun new way. For Sniper Elite 5, it appears things are a teensy bit more open, a lot more flexible in terms of traversal and infiltration. In fact, it seems generally refined and revised to some extent.

This time, we’re thrust into occupied France in 1944, with locations very much drawn from real-life history thanks to the photogrammetry Rebellion is using for the game. Series hero and King sharpshooter Karl Fairburne returns to help French Resistance weaken the Nazi wall and to stifle a sinister Axis plot known as Operation Kraken. For the preview, I was dropped a little further behind enemy lines, starting in Sniper Elite 5’s second chapter, having just met up with a pocket of the French resistance in a forest. 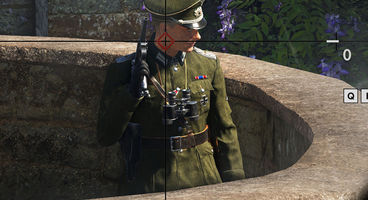 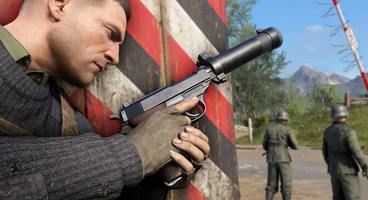 Fairburne is tasked with taking out a Nazi officer and securing some secret files, both of which are holed up in a grandiose stately home in the French countryside. Karl starts a distance from his main objective, and thanks to the resistance, he has some tip-offs that may help weaken the Axis threat in the area before he heads to the manor. For now, I ignore these side objectives, and head in the most direct way to the main one.

Exiting the forest, the scope of my task becomes apparent. Lavender fields roll downhill in one direction, a farmhouse further ahead, and a Nazi outpost just off to the right. Axis trucks rumble by routinely, and patrols wander in search of something better to do (a.k.a. murdering guys like you). It initially seems almost overwhelming. Where to set up? Where to take out first? What cover do I have? There seems to be a real danger of being rumbled rather quickly, even with a studious bit of scouting.

Sneaking across the road ahead, I plonk myself in some tall grass for a better, safer view of the various routes to the manor. I see the enemy group I have the best shot of taking out unseen is in the outpost, but I need to wait for a motorcycle and sidecar to ride past away first. Once it’s out of the way, I line up my rifle scope, hold my breath to focus on a plump Nazi melon, and pop off a shot that starts the X-Ray cam going as the bullet drives almost gracefully through the jelly of the soldier’s eye. X-Ray cam is definitely more gruesome than ever, and yet it still doesn’t feel overzealous, just pulpy, and pleasing in a twisted way. It. Never. Gets. Old. 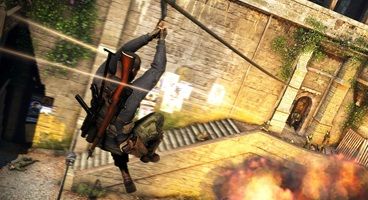 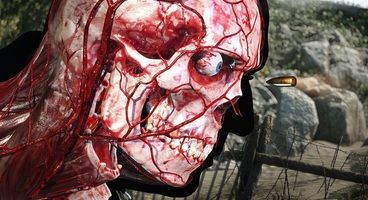 Unfortunately, my grisly glee is short-lived as it sets the remaining soldiers into a panic. I decide to take one more enemy out from my current position before using that most useful bit of sniping advice and moving on to avoid detection. I get seen though, and all hell breaks loose. There’s a messy gunfight, several bad men get fully ventilated, and when the dust settles, I have a reset to being quiet and unseen. Lesson learned, I need to take a better look at my surroundings (I did not learn my lesson). So now I had a route to the manor, and it really is huge, and full of Axis soldiers.

This has become a sneaking mission, and I need to find the route to the goal with the least resistance. After some dicey moments, I discover I can climb the vines that have crept up the building’s exterior. Lots of Nazis avoided and a lot closer to the guy I need to kill and the info I need. I find my target in a largely empty, but very distinguished hall. He’s listening to a gramophone it seems and is oblivious to my presence. One stealthy kill later my target is down and I’m off to find the secret room he’s stashed some vital info in. I eventually get there with minimal trouble, but now I need to exfiltrate, and well…that doesn’t go very well.

I decide the best way out is through the manor’s very fancy garden, but the high hedges shield me from the knowledge of just how many enemies are patrolling the grounds. Suffice to say, things got messy again. I got shot at a fair bit during this approach. 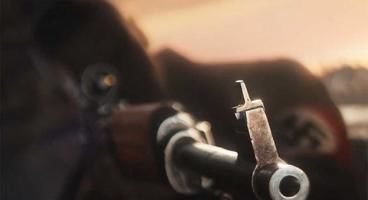 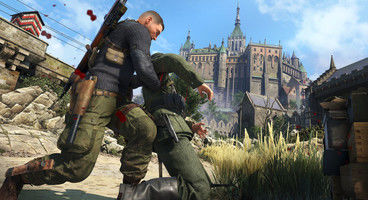 There are ways I could have made that exfiltration easier. At the start of the mission, points of interest are marked ahead of the objective. These are smaller pockets of resistance that can be weeded out to create a clearer path out at the end of the mission. They also shake things up nicely upon replay, as you can approach the objective in a variety of ways. One of the options I discovered came from a unit stationed in an abandoned stable. A sniper has perched in the top half of the building’s spire, keeping a beady eye on the estate further up the hill. Not only does this save me from a potentially deadly exfiltration, it offers a great vantage point to hit my target from without getting too close. If I sabotage a nearby engine beforehand, I can even cover the sound of my gunfire. I still have to get the documents, but I know where to go now, and don’t have to take a detour to off the officer.

I like that Sniper Elite 5 appears to have a better balance of challenge and freedom to experiment. Failure seems to be welcomed because Rebellion is eager for you to consider alternative plans if what you think should work doesn’t do it. The best part of that is you get to pop more Nazi noggins and nuts, and as we know, you can’t have too much of a good thing.