Strength and Honor is an upcoming historical strategy game on an epic scale, featuring both turn based empire building and real time battles 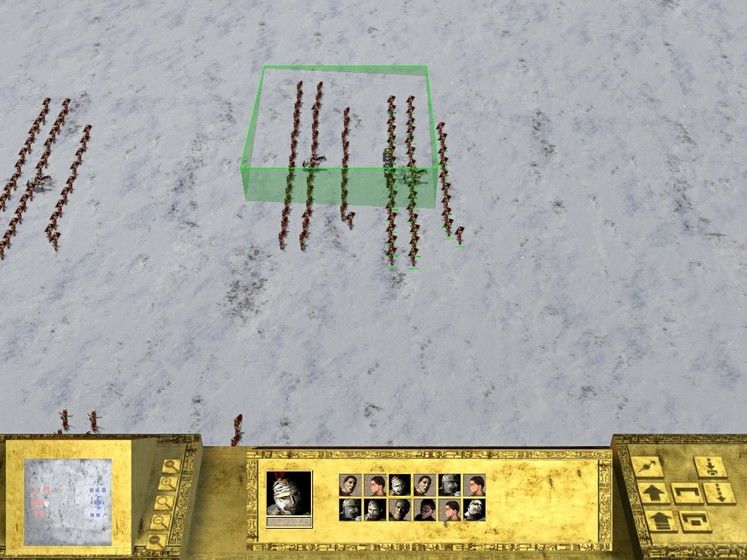 Strength and Honor is an upcoming historical strategy game on an epic scale, featuring both turn based empire building and real time battles that allows the player a diverse selection of civilizations to do battle with, on a large strategic map of most of Asia, Europe and North Africa.

Strength and Honor is easiest to describe as a total war type game, because it combines a turn based element were you actually manage your ever expanding empire, move armies, manage diplomacy etc, and there are also real time battles were you have full control on were to move your armies, when to charge and to hold certain formations. 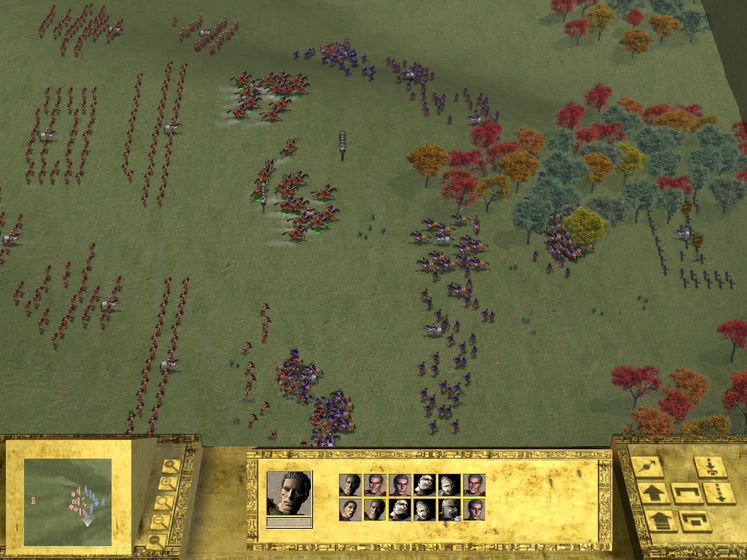 In Strength and Honor there are eight different cultures and many civilizations within these cultures an entirely different set of units so no two cultures will ever look the same, even down to the lowest infantryman.

In the actual battles you’ll also find that in Strength and Honor there are various weather features that can affect the armies on the fields these make battles more realistic so the weather will have different effects on units. Snow, rain, darkness, and mist reduce the range of visibility and attack accuracy. Whereas sand and snow affect the mobility of units

The music in Strength and Honor fits in quite well, it has a rather epic feel to it on the campaign section and in battles, it changes pace. The sounds in battle are the usual that you would expect, people dying and infantry crashing into other infantry, so it all sounds like a proper battle is happening on screen. 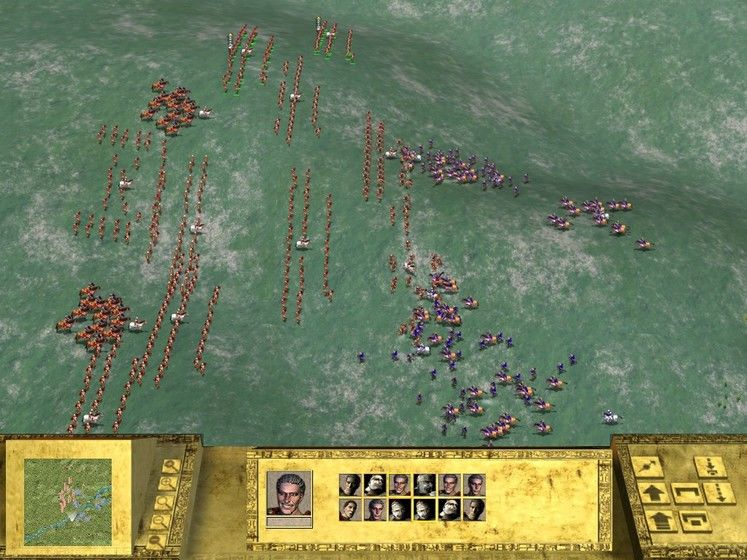 The Controls in Strength and Honor are somewhat easy to come to grips with, but it will take a lot of time to master the more complex elements of Strength and Honor. In battles you drag a general and his men onto a formation box on the field to deploy them, or you can arrange flank attacks by dragging a general and his men onto boxes around the field dictating which direction they will come in when the battle finally commences. When you are actually in battle, its like any other real time strategy game that you have played, you can drag select multiple units, or you can select individual units and dictate when to charge, stand ground, move where and hold what formation.

Whilst in battle you’ll get helpful hints as to what the enemy are up to, as your generals will report on the enemies progress, for example if a general sees a unit charging in on the right flank it will tell you in a dialog box in the bottom right corner of the screen so you can try and counter enemy attacks.

On the campaign section, things will immediately seem familiar to fans of Slitherine games such as Spartan or the famous Civilization games, as you create armies on this 2D screen and move them in a similar fashion to armies on Spartan, were armies can only move a certain amount before having to end their turn. 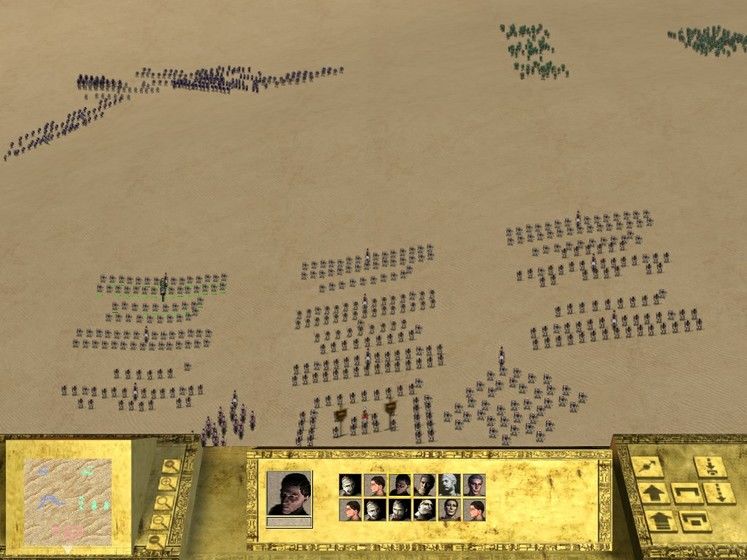 In the cities screen you can decide to build certain structures which all have their own unique abilities, for example if you want to become popular with the masses you can decide to throw on a special event (costing you precious money). Another interesting feature within Strength and Honor is each cities ‘philosophy’ this is what each cities population thinks in regard to their expanding empire, encouraging culture, and just about every other event in the game however during the course of a game there can be several events which can alter a certain cities philosophy, for example players can build libraries in cities to teach new philosophies to their citizens. And so each philosophy has its own unique benefits and penalties directly linked to the city’s statistics.

Also in each city you can decide to raise armies, but you have to be careful which general you choose, for some can be both disloyal and very ambitious, meaning you might have to deal with them later on if they think they have enough power to go against you.

On the topic of disloyalty, not only do you have to choose generals for units in your specific armies but you also have to choose people to govern your city, if they prove distinctly unpopular you could see a revolt occur which will require you to put it down. 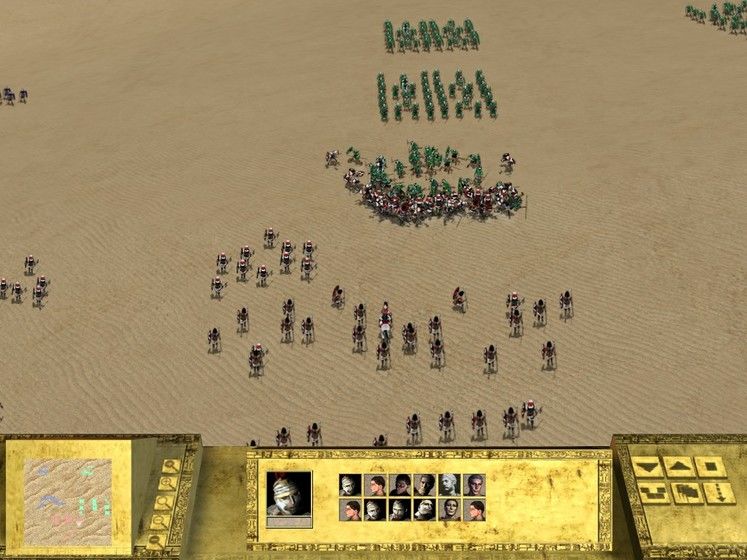 The AI on the campaign section is fairly aggressive, it will expand naturally, be sneaky and make diplomatic arrangements and so on, in battle its just as cunning, it will send units to hit you in the flanks before moving in its main army and will try at all cost to ‘cut down your flags’ these two giant flags symbolize were your HQ on a battlefield is located. If the enemy break through the defenses of your HQ (which will usually be the leader of an army with his unit) then the enemy can cut down the flags and seriously demoralize your army so much so that you’ll get warnings from your generals that troops who are cowardly are legging it from the field. Once this happens it gets very difficult to win the battle.

Strength and Honor will include many civilizations in the final product along with several huge campaigns set to take up a lot of the players time, also there are a number of historical battles to choose from, such as the famous battles of Hannibal against the Romans at Cannae. On top of this, Strength and Honor will also include multi player mode for up to 4 players through LAN, TCP/IP or over the internet, the minimum system requirements for Strength and Honor are 1 GHZ processor, 1 Gigabyte of hard disk space, 256MB RAM and at least a 32MB video card. I would recommend downloading a demo of Strength and Honor if you are interested in the game. 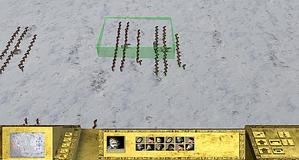 Dead by Daylight Cross-platform Support - Is it Coming?