When assigned to review Avernum 2: Crystal Souls, I couldn’t help but approach the task at hand with a certain degree of caution. As someone that was both fresh to this world when the original Exile series (Avernum 2: Crystal Souls is a remake of Avernum 2, which in turn is a reimagining of 1996 title Exile 2: Crystal Souls) released and hasn’t explored the classic PC RPG sub-genre, I feared its merits would get lost in translation. As it transpires, Crystal Souls has a timeless appeal, with its rich fantasy narrative retaining a lustre that betrays its years.

Crystal Souls’s greatest triumph is its ability to harness limited resources to their fullest. At the time of Exile 2: Crystal Soul’s release in 1996 and even to this day, the developers (a two-man team under the banner of Spiderweb Software) had a modest toolset at their disposal, yet the finished product possesses a polish redolent of a far larger studio. 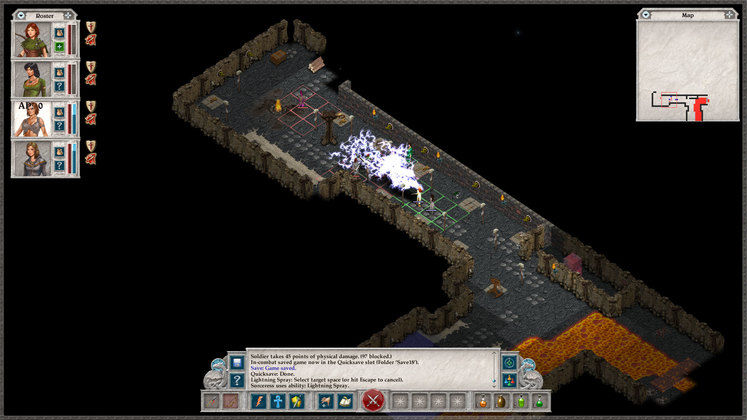 Dungeons are long, sprawling affairs in Crystal Souls – you certainly get your money’s worth

Their ability to inject life and colour into the story is a case in point and one that elucidates a more general deficiency in RPGs of today. While the intervening years have welcomed a bevy of technological advancements that serve to aid a designer’s plight to impart soul into a universe, animation – despite the improvements in this area – is still leagues behind many other facets of game development.

Consequently, the subtleties of human emotion are still near impossible to convey through the frameworks at hand, meaning animations can’t be solely entrusted to cultivate the mood of a particular scene. In the case of Crystal Souls –with its primitive yet charming aesthetic – this means setting the scene through exposition rather than the organic examination of your surroundings. 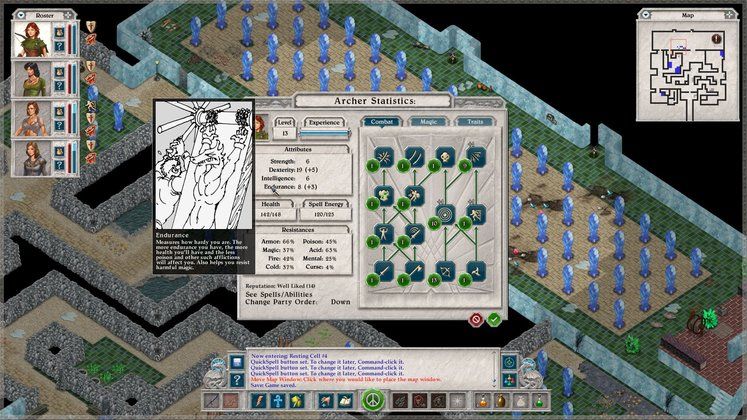 Although on the face of it reductive, the paradox is that Spiderweb Software manages to imbue its, at times identikit, cast of Crystal Soulswith more character than many a blockbuster RPG of the current era. It’s testament to the excellent writing on display, which transforms the relatively inert and uninspired backdrops into more than the sum of their parts, imploring you to invest further into the Avernum universe.

Granted, scanning through reams of text is not to everyone’s taste, yet it’s a game that rewards those with the patience to do so. The story itself, which is self-contained and can be enjoyed without prior exposure to the franchise, captivates throughout, telling the tale of an ostracised subsection of society banished to a subterranean world (Avernum) and torn asunder by unrelenting conflict from the surface civilization (the Empire) that renounced them.

To exacerbate issues, the embattled denizens of Avernum are weakened further by the emergence of magical barriers throughout their lands, segregating an already beleaguered military. An ancient alien race, Vahnatai, is revealed to be the perpetrator – but are they friend or foe? And why did they conjure these blockades in the first place? Whether you desire to answer these questions or not will be the key factor in determining how much enjoyment you source from Crystal Souls. 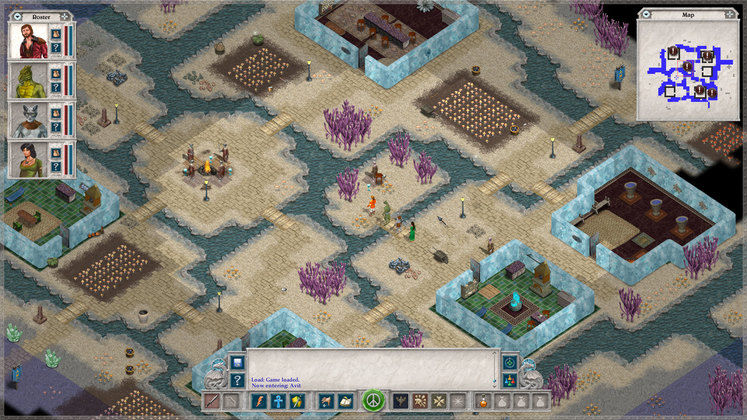 For those with no nostalgic attachment to the turn-based combat system, it’s fair to say it feels dated. While that might seem a moot point as this game only exists to fill a niche market where fans crave the authenticity, it’s worth mentioning for prospective buyers (such as myself) that might otherwise be dissuaded but can still seek pleasure from the experience. To its credit, there is a wealth of customisation options available to each class of hero – be that that through the baseline stats, spells, skills or traits – yet most skirmishes revolve around repeating the hardest-hitting skill until its resolution. It is what it is – and that’s not necessarily a bad thing.

Although much of Crystal Souls deserves praise, it’s a product of the close-knit development team and cohesive vision, which inevitably gives rise to its own problems. The absence of a substantial budget to finance extensive playtesting ensures that the game doesn’t always run smoothly – on more than one occasion, Crystal Souls crashed my computer on the title screen. Additionally, there were two instances in which an irreversible bug would take me to my inventory every time I attempted to open a door, forcing me to load up a previous save and repeat the section again. Luckily, the difficulty can be dropped down on the fly to alleviate some of the frustration.

Nevertheless, these technological hiccups – try as they might – couldn’t taint an otherwise rewarding journey through the divided lands of Avernum. For those who are already fans of the series, I’d suggest Crystal Souls is an essential purchase. For those none the wiser to Spiderweb Software’s extensive back catalogue, there’s no better time to join the fight.

That satisfaction that partners downing a boss with the smallest slither of health on your only living party member. 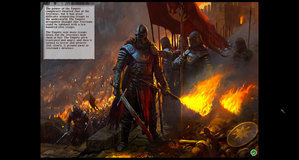