Making a Splash Across Cities Everywhere 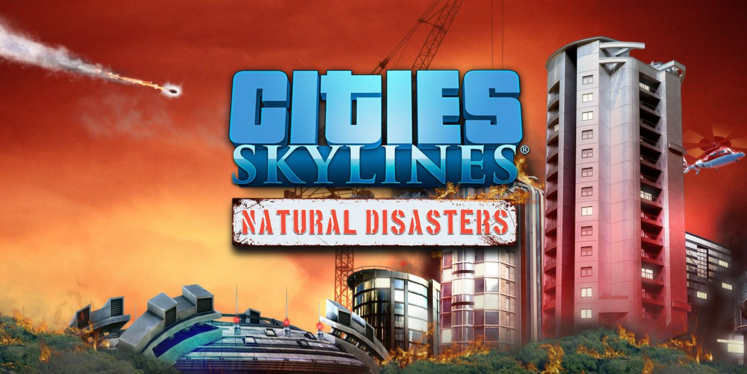 It’s the end of the world as we know it. If there has been one feature that Cities Skylines fans have been eagerly waiting for above any other it is the ability to destroy the cities they’ve worked so hard to build. How does one destroy a city? Earthquakes, tornados, and meteors of course! This is Cities Skylines: Natural Disasters, the third DLC release for the incredibly successful city building simulation game.

Lets start off by saying that you aren’t playing God. If you’re fed up with your city there is no button to push to cause a massively devastating earthquake. That doesn’t mean it can’t be done….it just takes a little bit more work than you might initially expect. If you’ve been playing Cities Skylines for a while you may already have a few towns just waiting for you to destroy. It just so happened that the sleepy little snowy town of Lakewood would be my target. It had been a fairly successful little city, and my first attempt after the release of Snowfall. Little did the Cims know that a devastating meteor was headed their way. 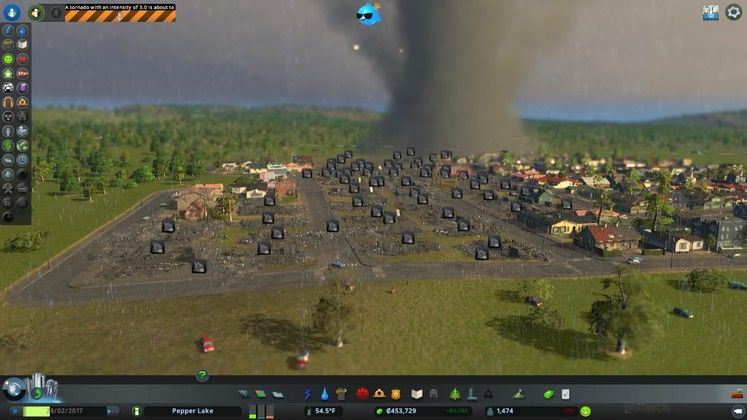 To get that meteor to strike I had to make it happen. That’s where the new scenario creator comes in. Load up your saved city and you’ll be able to add a number of different types of disasters and triggers to set them off. So when Lakewood was hit by a meteor after 3 weeks of game time it triggered an earthquake in another part of town, which then triggered a sinkhole…which then caused buildings to collapse. Poor Lakewood never stood a chance and I made it all happen.

Of course that isn’t the only thing that scenarios do. Scenarios can create limitations and goals to strive for, giving you the ability to fail as a city builder or succeed. There are a few scenarios already programmed in but it is player made content that is really going to make this DLC shine. You can create your own scenarios that you play yourself, but knowing what will trigger a natural disaster takes some of the excitement out of it. So be ready to head into the Steam Workshop where players will have hundreds of scenarios on offer.

Michael Showcases some of the new Disasters in the Natural Disasters DLC for Cities: Skylines.

But if you don’t want to play someone else’s scenario and you don’t want to make one yourself you will run into some problems. The very first thing I did when I got Natural Disasters was start up a new game, it seemed the most logical place to start. That’s when Watcherville was born. I had planned on playing it throughout my review. But after a couple of hours of playing with only the occasional lightning storm that sparked some wildfires it seemed like the only way to get the big disasters was through a scenario despite having said yes to having random disasters turned on. Perhaps they would start happening if I continued the city, maybe RNGesus just had Watcherville’s back those days. Maybe I’m just a terrible, vengeful overlord who wants to flatten a city. Or maybe they happen in a more realistic pace than you would see on your average Syfy channel original. Whatever it is I found the pacing to be a little too slow for my taste. I’m out for blood. 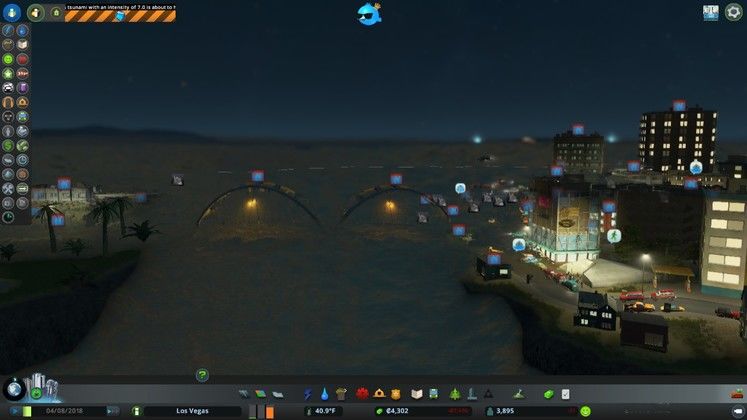 While stuck in traffic on the bridge a wave of dread washed over Bill, he was going to be late to work today.

When disaster strikes it is a beautiful thing. The alarms will go off alerting you that disaster is eminent. When do you evacuate? Do it too soon and your city will go bankrupt, wait too long and Cims die. Have you kept up on building enough shelters for your population? If you’ve not put the proper detection structures in place you may never even know its coming until it is too late. Of course a tornado isn’t going to wait until you’ve unlocked shelters before it hits. You’ll just have to delete the destruction and move on. There’s something incredibly satisfying about watching a tsunami wash over your city. For a few minutes you can just sit back and watch the water flow. The key to your city’s survival is preparation.

Unfortunately there isn’t any way to prevent natural disasters from happening, except of course by turning them off in the menu. No mad scientist is going to build a laser to blast a meteor out of the sky. Once a disaster is coming your job is purely to mitigate the damage and hope your disaster relief building isn’t destroyed.

Another slight disappointment was the lack of interaction with snow. Earthquakes didn’t cause avalanches and there were no snownados. Water from a massive wave caused by a meteor or a tsunami didn’t freeze the city, but then again with a development team of just over a dozen you can’t really blame them for not going into this level of detail. 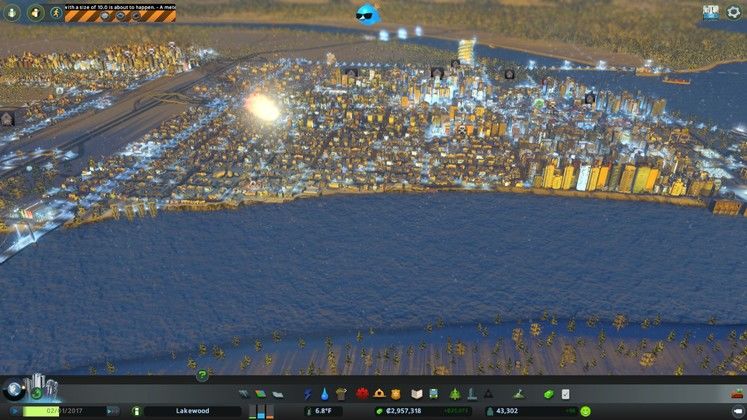 If micromanagement is your thing, and it certainly is mine, then you will enjoy all the new buildings and features that have been introduced to Cities Skylines. Shelters have buses and with buses come bus routes. Tsunami buoys need to be put in place to give people warning. And radio towers need to be in place in order for your evacuation orders to be heard. Failing at any one of these levels means that any disaster will result in a catastrophic loss of lives.

Without the Steam Workshop Natural Disasters is a nice little DLC that adds more depth to an already fun and interesting game. Giving long time players a little more spice. With the Steam Workshop and the scenario creator players will have an almost unlimited number of cities to play and scenarios to beat as players create new and interesting challenges for each other. It brings with it complexity and a difficulty level. The ability to fail at your job and the end of a game that has previously had no end. If at first you find that Natural Disasters isn’t for you, give it some time and try out the player made content. It’s the end of the world as we know it…and I feel fine.

Trying to rebuild after the third tsunami in a row completely bankrupted my city more than halving the population. 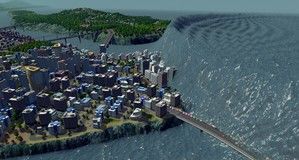