Civilization has returned in all its glory, in a form that we truly feel will stand the test of time

It's hard to say no to someone when they're holding a massive sword, and behind them is a scene of burning destruction and desolation like something out of The Scorpion King or Troy. When you're taking your first tentative steps out into the wider world and this is what you come across, it's amazing how something as simple as perception can affect how you deal with other civilisations. Naturally, I didn't want to piss this guy off, regardless of the fact that the scene before me probably had no affect on how the AI actually played what so ever, but that's Civilization for you.

In many ways, the latest in Firaxis' leading franchise is a very different game to its immediate predecessor, Civilization IV. As you will no doubt have read by now, a lot of the micro-managing elements introduced either in Civ IV or its expansions have simply been stripped out or folded into something else. Some examples: Religion now forms part of the re-worked culture element of the game, as have Civics. Corporations are gone completely, as well as espionage, random events, and things like technology trading, which has been replaced by 'Research Pacts'. Even things like 'Happiness' are now empire wide instead of with each individual city, and so on... It may still be Civilization at its heart, but the fifth iteration is a very different breed altogether. We're actually reminded slightly of the console outing, Civilization: Revolution, but only in the sense that everything seems more straight forward, more on the surface.


Of course this has sparked major debate amongst the fan base - is it dumbing down? Is it innovation? We'd argue a bit of both. Jon Shafer himself said to us that they wanted to make it more appealing to a wider audience, as everyone knows the franchise has a reputation for being a bit hardcore. There's no denying then that yes, things have been simplified, a lot of 'depth' is now missing, but you can still micro-manage your cities to some degree, and the scope of the game is still intact as well. During our playthroughs, we found it difficult enough to keep all of our income and happiness in the green - imagine the added strain of having to worrying about religion and other elements. Admittedly, that could have just added to the challenge, but trust us, there's still plenty of that to go around.

One of the bigger changes that we talked about at the preview stage is of course combat, and it cannot be understated how much better things are now. Long-term Civ fans probably learned to tolerate the previous stack-tastic style (hell, maybe even liked it), but as a more recent fan myself, and someone who is a wargamer through and through, this new mechanic really helps make the war part of the game more enjoyable. As you know by now, the new combat model was inspired by Panzer General, and the no-stacking rule really helps spread out the action and simulate a proper war. Combat units are also more expensive in this game, preventing one from fielding large armies, and overall there's just a greater degree of strategy and planning involved. Another phrase you'll no doubt have heard associated with Civ IV combat is "Archers beating Tanks" or something equally as strange - that's been fixed too.


Things change, and yet things stay the same. There are still the multiple victory conditions - Domination is where you need to conquer all the other civilisation's capitals (simplified from the total annihilation from the previous game). A Cultural victory, as mentioned above, requires you to complete 6 out of 10 Policy 'Trees', and then construct the Utopia Project. The Diplomatic option still requires you to become leader of the U.N., and the scientific victory requires you to actually build the space-ship parts, not merely research them.

What else is new? Well you've probably heard a lot about the City-States by now, and as we mentioned in our preview they really do make a difference in the game. There's compelling reasons to stay friends with them and not simply take them over, from the bonuses that owning them wouldn't grant you, to liberation which guarantees you an extra U.N. Vote (which applies to all civilisations, actually). It's amazing how much of a tangible affect they can have on any given playthrough. Hexes, which you already know about, are less noticeable than you'd think - they just are. Social policy is now connected to culture, and they determine what 'form' your empire will take. These are cumulative bonuses, which help you improve your empire over time, although you really have to watch how quickly you expand as the more cities you have, the more culture you need to enact a new policy. We could trot of a list of changes with a brief analysis, but we'd be here a while and to be honest that's a boring way to conduct a review.

Now, you're probably wondering if there's anything truly bad in this. In all honesty... not really. There are things we can comment on: The game seems kind of pre-disposed AGAINST large empires, which we think is an odd way to go about things. We've never really been comfortable with the idea that we 'have' to evolve technologically forward, although the pacing seems better as we don't feel as rushed as we did with Civ IV. If we're being really picky, the lack of extra content outside of the pre-order bonuses is a bit lazy - Civ IV had a host of extra, more focused scenarios to play though if you wanted something different, and whilst the main game does carry things well on its own, it wouldn't have killed Firaxis to keep up that tradition (especially since there's no release window on the Mod Tools at the moment). There's nothing really game breaking or especially 'WTF' here though, and we've played through several games now. You'll no doubt have your own bugbears, but we can't help you with those.


So, after all that, I suppose some sort of verdict is needed now. On a personal level, whilst I loved many of the changes brought into this game, especially combat, a small part of me missed some of the depth Civ IV allowed for - But I got over it. It's still addicting as hell, It's still fun to expand and develop your empire in any way you choose... this is a very enjoyable game, more so than Civ IV. Is it the best Civilization ever? Well that's not something I can answer. If you can't forgive what's missing, if you only play Civ for that insane amount of depth, then nothing I or Firaxis say will change your mind. I can only hope that you decided to give it a go and not dismiss it out of hand, as that really would be the biggest crime of them all.

Keeping a franchise alive and kicking, not to mention fresh, after twenty years can’t be easy. In many respects, these changes, this new ‘direction’ if you will actually isn’t surprising. Would a “Civ IV plus whatever” game really have been just as good? We doubt it - Civ IV was Civ IV, and this is what it is, and it is glorious. With the likely hood of expansions, DLC and the mod tools on the horizon, we honestly can’t wait to see what’s in store for this game in the future. In the mean time, I think we’ll just have one more turn… 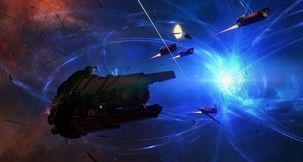 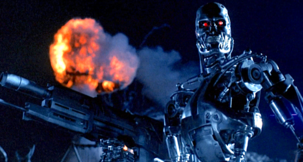