Taking ‘work for hire’ to the extreme

If Galactic Civilizations III is your 4X of choice, then chances are you’ve already bought this expansion pack. Chances are you need no convincing, and simply extra features, added ships and new factions will be enough of a draw to get you reaching for your digital Steam wallet.

However, maybe you’re looking for a reason to get back into the popular space-based galaxy conquest game? Well this Mercenaries expansion pack - the first fully fledged expac for the game - might well have enough to bring you back. 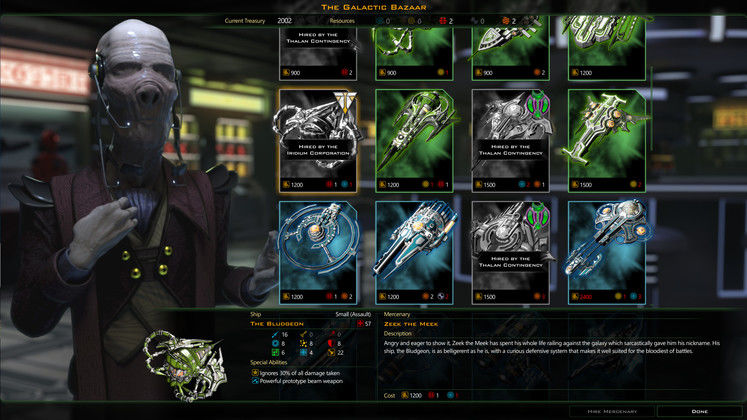 The Galactic Bazaar actually shows you which mercenaries are hired out to which factions, helping you get an understanding of the strategy they’re using

So what do you get for your money? Two new factions, a new campaign to introduce them, a heap of new ships and parts, and - the main feature - the addition of mercenary bazaars. Since this is the core feature, let’s talk about that first. These bazaars can appear within the galaxy, and from their separate store screen you’re able to hire the services of costly mercenaries to help bolster your civilization in some fashion.

This isn’t simply a gold-for-arms service, however. While you can indeed hire warships to use as muscle in any potential battle, other mercs can be used to bolster your economy, production and the like. It’s a handy little feature, letting you swap excess gold for further boons in areas that your civilization might need it. As such it means you can better improve in areas where the lay of the land (or space, in this case) hasn’t favoured you especially kindly.

Perhaps you can bolster an initially weak planet to quickly become an economic centre for your faction, or purchase warrior ships to give you an edge - either for a quick burst of aggression or a counter to an opponent’s assault.

It’s great that these mercenaries can be used to improve your performance in any area you might need it most, but it also means that the rich only get richer. If you find you’re not in a position to hire a new ship - or to keep up with your opponent’s own buying power - it’s a system that can leave you feeling like you’re trailing behind.

And more than anything, it doesn’t feel like it’s really that significant an addition. Sure, it changes the way the game is played, but not so completely that it takes much more to learn. It’s not like any of the Civilization V expansions or Age Of Wonders III’s Eternal Lords, which - for a similar price - brought in whole new mechanics or a host of content. Because outside of the addition of this new mercenary feature, there isn’t all that much to this expansion - and for the price it doesn’t quite sell itself well enough as an ‘expansion’ pack. 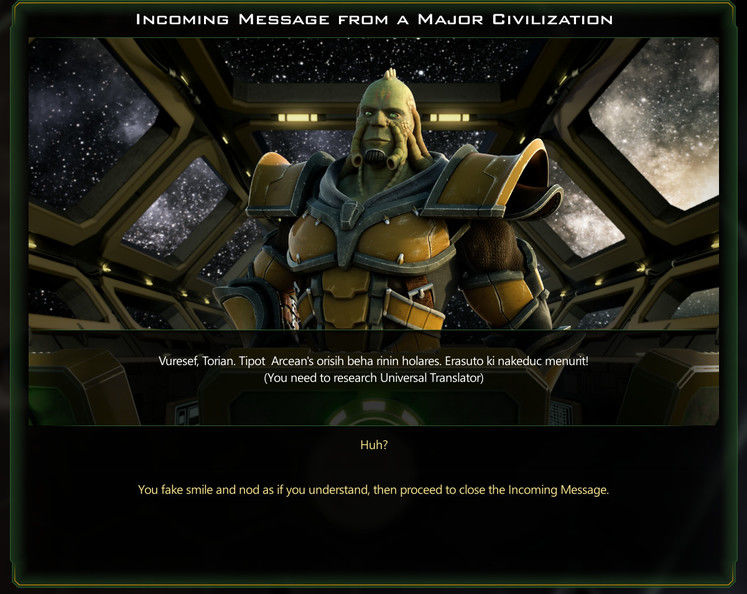 The new races both add something new to the base game, but it’s the returning Torians that will please long term fans the most

The new factions are welcome additions, of course, and the campaign that introduces them means there’s at least a chunk of content to get through with the cost. But is that really why anyone plays a 4X game? We’d argue no.

Fans of the series will appreciate the Torians, a returning aquatic race from GalCiv2 looking to break away from their slavery under the Drengin and rebuild their empire. The Arceans are a new race built around their premise as noble warriors. Of course they both bring new traits and abilities to give you something new to learn, but in conjunction with a fairly lacklustre set of additional extras with this expansion pack - more ship parts is nice, of course, but sort of expected to be really honest - it makes Mercenaries feel a little overpriced.

The problem isn’t that the things that GalCiv3’s first expansion pack aren’t useful, entertaining or even implemented well, simply that they don’t have anything to make them a mandatory purchase, which really needs to be the case when it comes to bringing new content to the 4X genre.

All the same, there’s enough here to bring you back to Galactic Civilizations III and give you enough to enjoy a good few more hours with space battles and planet cultivation, and if that sounds like it’s worthwhile then the price might not put you off. Everyone else may want to wait for a sale.

Letting an opponent think they had the advantage before buying a warship and sending it in to turn the odds in our favour. 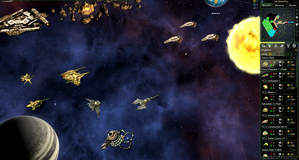