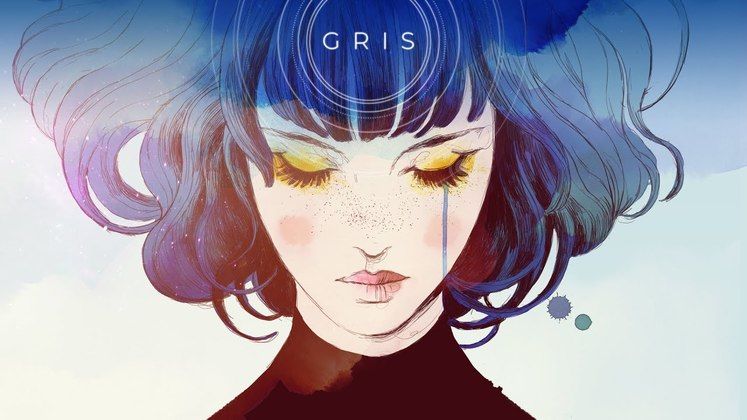 The defeated, fragile frame of a girl lies down in the palm of a large, cracked stone hand. The camera focuses on her shy, confused face, while she sings a melodious tune. Then, suddenly she loses her voice, the hand begins to crack, and, sustained by a climax of strings that fades into a gentle piano sequence, she plummets through clouds towards a seemingly endless fall. It’s a powerful way of establishing the protagonist’s struggle with grief, and one that pulls you in without letting go until Gris’ closing moments.

Gris’ world is one of the most stunningly beautiful spaces in gaming and a clear highlight of the year in terms of visuals. It’s filled with mesmerizing, unusual shapes, from blocky trees to slender blue minarets reaching high into the clouds. Excellent use of background and foreground both instill a sense of smallness and frailty, without hampering the journey, while amplifying the impression of travelling through a vast world that extends well past what’s on the screen.

Much like the ruins built from clear, cracked marble that Gris explores, her world is initially white and devoid of color. Whenever the girl reaches stone hands similar to the very first, she levitates into the air, color splattering the screen then flooding the scene as from a ritual sacrifice. A representation of the inner self, the world changes significantly as Gris moves through it bringing color back as she learns more abilities. A section bathed in red and its levitating platforms later becomes a blue hued host to makeshift lakes and waterfalls. This, naturally, impacts the puzzles themselves, which constantly present new challenges. 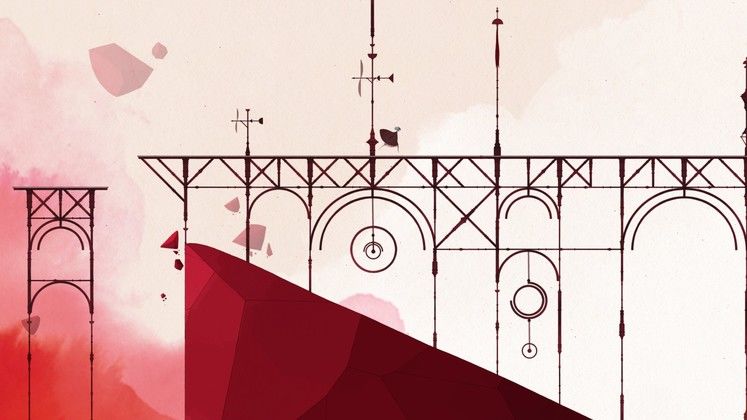 As a puzzle platformer, Gris manages to do a lot with few means. There aren’t many controls to consider, aside from movement, jumping and a few powers, sewn into her dress, obtained at specific points in the game. One of the first powers Gris gets is turning into a heavy stone-like slab, allowing her to break through crumbling floors and resist being pushed back by wind. Later on, she learns to double jump, propel herself through the air using red butterflies and even swim. For the most part, the puzzles use tried and tested challenges that never overwhelm, while still managing to make progress feel like it isn’t just being handed to you. Then, there’s the occasional use of momentum, shifting gravity, or flash freezes that turn your silhouette into temporary platforms. These add a dash of ingenuity to the puzzles, requiring a bit more effort on the player’s part. It’s all expertly paced.

Where Gris really shines is in weaving some of its puzzles into symbolic moments in the girl’s journey. There’s a sequence where you meet a tiny rock creature that, once fed blocky apples, replicates you moves, including jumps and turning into a tinier, cuter stone slab to crush ground sections. Another, faces her with gusts of wind carrying red dust that make movement harder, even pushing her back. Their arrival is suggested both visually, by a layer of dark red dust gradually covering the screen and aurally, by the soft piano transitioning into a loud, alert church organ. This creates a dramatic effect where world, music, and protagonist – as proper timing is required to overcome this obstacle –, are all in a strange, perfect harmony.

The journey is mostly linear, but always traces back to a central room that evolves and grows as you explore, returning color to the world in an effort of reconstruction. Light orbs, which Gris must find in order to bridge access to different areas, are a common anchor. Movement and exploration are extremely fluid and, with a few exceptions where figuring out where to head from this central room turned out to be tricky, the game gently pulls you through its world. 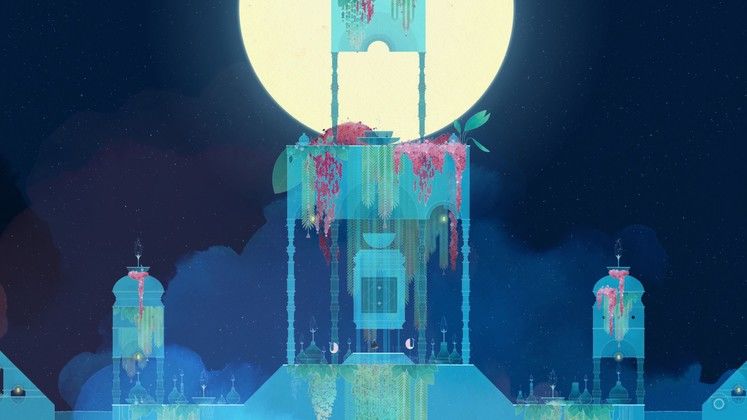 Gris eschews traditional boss fights while successfully integrating bosses into how it tells its wordless story. There’s no outright death, nor are there game over screens. The first encounter pits her against a giant shadowy sparrow that uses screams to push her back as she attempts to scale a tall structure. With every climbed level, the bird hounds her from a distance and yet, through using her dress powers, she pushes on. There are no hammers to swing, nor guns to shoot; just an obstacle to overcome by facing it head on, taking the brunt of its pushback and moving forward in spite of it. Sometimes, the bird’s screams even help the girl get across. Even knowing that there’s no way to fail, I was thoroughly invested into the encounter, and the sense of satisfaction when I finally got past it didn’t take long to make itself noticed.

Early on, moments of wonderful music punctuate relevant movements in between whole swathes where all that’s heard are Gris’ steps, with a lone wind blowing in the distance across what I couldn’t help but perceive as a massive, empty expanse. This contrasts heavily with later, when she explores caves – more intimate by nature – even when the screen pans out to showcase that they, too, carry a sense of immensity. Here, only the echo of her steps can be heard, alongside and a stream of water coursing in the distance, instilling a stronger sense of isolation that’s not entirely devoid of beauty.

A lot of care and attention to detail has gone into Gris’ sound design. The soundtrack itself, composed by Berlinist, uses many instruments from classical violins to modern synths, helping create varying nuances of atmosphere to the world’s different areas while maintaining a dreamlike allure. It goes down to the smallest of things too, like when the girl’s light frame lands on magical mushrooms, letting off a sound resembling a myriad tiny chimes, adding to the world’s delightful whimsy. 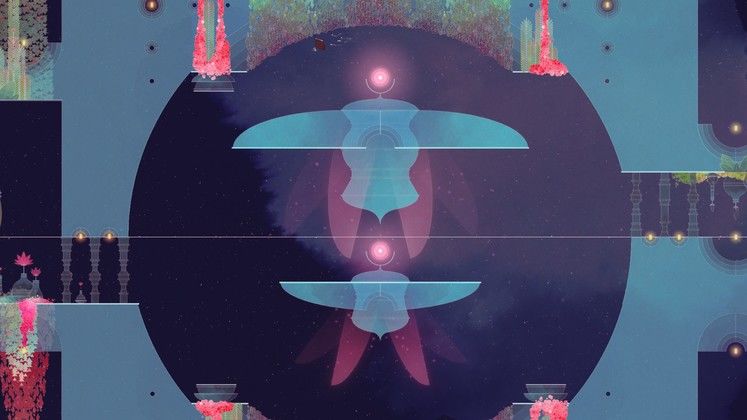 Words can’t do justice to how well each element in Gris blends into a polished, harmonious whole. Despite all being expertly done, none of its elements strives to compete with the others. It’s one of those rare games where everything falls just into the right place and I don’t expect to forget it any time soon.

Gris is art in motion and arguably the most gorgeous game I’ve played this year. It dons the cloth of a puzzle platformer, although focusing on just that part means missing the point. That’s because all its pieces, from the absolutely gorgeous visuals and music to the poignant way in which the world gives you the pieces to build the girl’s story, create a delicate whole and an experience that’s well worth jumping into.

Seeing color flood into the world for the first time, staining the white expanse with lively hues of red. 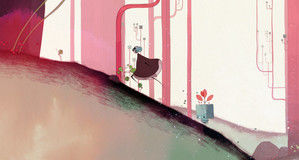