The HellDivers are recruiting, and they need your help to spread managed democracy throughout the galaxy

HellDivers is a Twin stick shooter by Arrowhead Game Studios. Yes it is the studio you’re thinking of. In the past they’ve worked on Magicka, The Showdown Effect, and Gauntlet. If you’re a Magicka fan, you are going to feel right at home diving into HellDivers.

The HellDivers are recruiting, and they need your help to spread managed democracy throughout the galaxy.

The core gameplay is a procedurally generated series of missions where you land on a planet, complete a few objectives, and evacuate. Oh, and of course, shoot tons of enemies along the way. Objectives vary from bomb defusal, to tower defense, collecting items, and powering up SAM sites to name a few. Completing objectives gives you XP. XP levels up your character which in turn unlocks new costumes and cosmetic options.

The game is playable in single player, but to get the full experience, it’s highly recommended to play the 4-player drop-in drop-out cooperative online multiplayer. I stress the word cooperative because, like in Magicka, friendly fire is always on. A few stray bullets from your teammate and you are going down. More likely though, you’ll just be splattered in the snow by a new player HellDiving in their entry pod. Watch your head, things will come down and crush you, most notably your final escape ship. Even better is the approachability of the game. With difficulty settings that range from the simplest of casual to professional level HellDivers, the game can be enjoyed with your friends that game, and your friends that can barely aim a pistol at the rapidly approaching enemies. 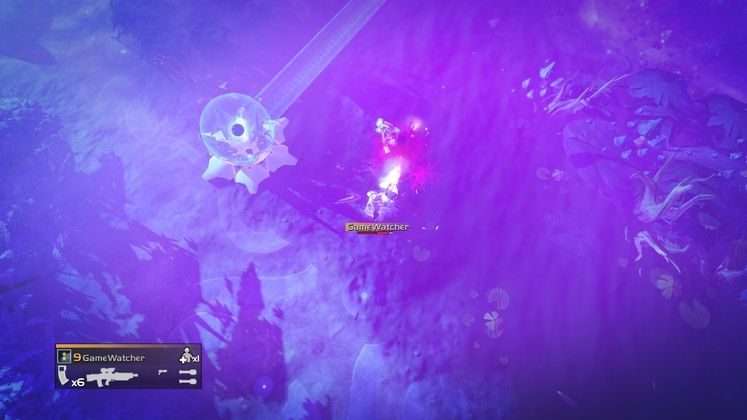 Each planet’s atmosphere is distinct, unique, and simply gorgeous

Maps are procedurally generated based on the different planet types (volcanic, snow, desert, and forest), so expect a ton of replayability. Each map type has different terrain challenges and obstacles (think falling into a pit of lava, or slowly trudging through thick deep snow).

Which brings us to the graphics; they are beautiful. The worlds feel deep and vast. Each terrain type feels so unique; it really enhances the vastness of the world. They put so much effort into the smallest details. For instance, the snow level leaves thick boot prints in the snow. It’s simply a gorgeous treat to play through.

Character customization allows you to differentiate yourself from other HellDivers with custom capes, helmets, and armors. They are unlocked as you level up and work your way through the game completing missions and objectives. The animations for the capes are a delight to watch react to the delicate motions of you either spinning the paper doll in the menu, or just running away from a hefty combat scene. 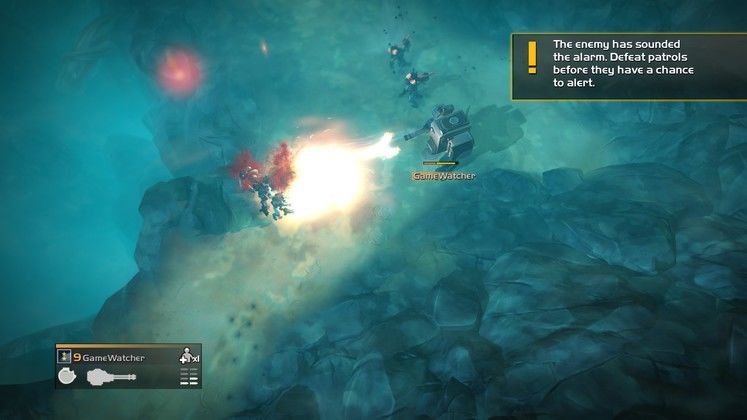 Deploying stratagems like the Exosuit is critical for success, but watch your head when you call them in

Further extensive combat customization comes from Weapons and their individual additional perks. These are unlocked through research points that are gained by finding collectible samples which are spread throughout levels. Weapon perks add specific stats that make playing harder difficulties a more realistic task. Make sure to put the effort into your weapons, or expect to be splattered by the litany of enemies.

Once your weapons are outfitted, be sure to upgrade and purchase stratagems. Again this list is extensive and highly variable. Mech suits, turrets, and mediguns oh my! That barely scratches the surface of the upgrades and options. You can also stack multiples of the same stratagem, so feel free to go full 4x turret build and spam them around your objectives. Beware though, turrets also apply to the friendly fire rule.

The hilarious satire of HellDivers never holds back. It knows what it wants to do and does it quite effectively. I’m happy to admit a few tears came to my eyes from the inspirational opening video, but mainly because I was laughing at the blatant burlesque of world politics. Hats off to Arrowhead for understanding how to do comedy in video games, Magicka fans will sense the looming presence of the sense of humor we all loved about Vlad.

The sound perfectly matches the jingoistic content of the game. Especially the booming noises when reinforcement pods fly down and smack the terrain. You feel like you are zooming through WWII in space, or perhaps more accurately something akin to Starship Troopers the video game. Fight for freedom, liberty, and managed democracy. 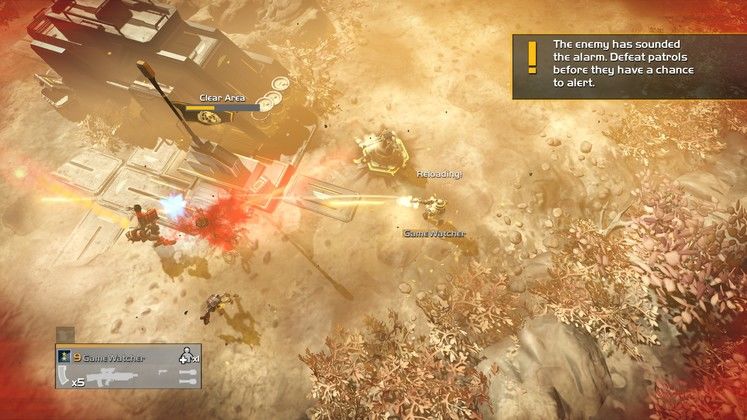 COOP? What better friend is there than a turret?

The enemy types are variable, and potentially deeply challenging. You will be surrounded by shields, snipers, and alarms that will stop you at any cost. Be prepared to call for backup and communicate with your team. You can’t afford to fail your mission. The options menu has several advanced graphics options, and I happily played the game with a mouse and keyboard. There is also gamepad support and custom keybind support, so don’t feel forced to use the default PC control schemes.

I have some minor critiques, and I want to stress the minor aspect of these critiques. You are screen-locked with all 4-players in co-operative. You have quite a bit of leeway, but I had a few problems getting to an objective with a teammate lagging behind. I’d also like to know if there were ever plans to add AI partners, as the single-player doesn’t feel the same glory as multiplayer.

HellDivers is one of the best multiplayer games of the year. We’ve anxiously awaited the Steam version, and it delivers every bit of the experience that we’ve jealously spied over the shoulders of Playstation players for months now. Factoring in the excellent and unique gameplay, the beautiful and variable graphics and environments, the variety of enemy types, the hilarious satire, and the perfect sound, we happily recommend you pick this one up.

Team-killing a trash-talker, then listening to them beg to be revived. 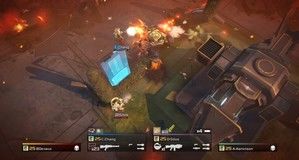 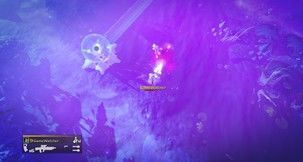