Heroes of Might and Magic III - HD Edition Review

You feel like hope is gone, and then a hero comes along

In the intervening 15 years since Heroes of Might and Magic III hit the shelves, it’s an accepted truth that videogames, as a whole, have become more accessible to the uninitiated. The modern resurgence of the roguelike genre and the birth of series like Dark Souls are aberrations, singled out by virtue of their unusually steep learning curves and unforgiving mechanics. HoMM is a series that has refused to pander, remaining as brow-furrowingly difficult to this day.

HoMM3HD provides a fresh lick of paint and added functionality to what many fans consider the standout entry in the Heroes series. For those unversed in the classic RPG franchise, HoMM3HD is a turn-based strategy game that revolves around collecting resources and improving settlements so you can fund an imposing army to conquer your enemies. It’s a turn-based affair on two levels: both the map exploration that limits your movement each round and the combat that takes place when you engage an enemy horde. 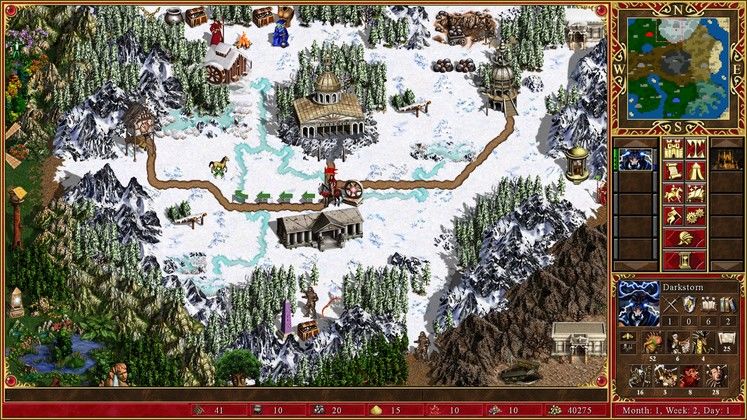 Exploration can be slow progress on the bigger maps, yet it never feels laborious

Exploration enables you to scout out vacant and occupied settlements that can be exploited to generate your own troops and income. To catalyse the production line you’ll need to accrue enough base materials and resources to construct the necessary building for each military type. As you’re only allowed to construct one per day, you’ll need to learn through experience what the optimum build order is for your unique settlement (there are eight settlements in all, each with their own unique buildings and units).

Accumulating resources is fraught with danger and requires to you constantly weigh up the risk and reward of each action. Should you fight this mob of Hell Hounds – at the risk of suffering heavy defeats to your battalion – to push forward into an opening littered with all manner of treasures, or wait until your settlements have trained enough troops to bolster your forces? It’s a an interesting dilemma, as the effective strength of each unit in combat is determined by their weight in numbers, meaning a stack of 80 Halberdiers will fare much better than four stacks of 20 against a well-stacked enemy party. 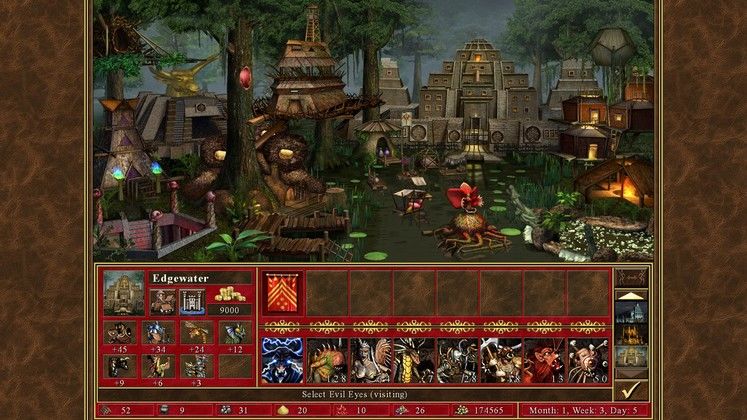 Each settlement can produce its own unique flavour of units

Not understanding which enemies to engage is part of the reason HoMM3HD is such a punishing experience for newcomers. With no prior knowledge of the relative monster strengths and archetypes, you’ll regularly find yourself outmatched – your outfit decimated because you didn’t appreciate that a legion of Angels were nothing to trifle with. This knowledge evolves with time, however, and you’ll soon begin to pick your battles more wisely.

Even when the context is there and the mechanics become familiar, HoMM3HD takes great pleasure in humbling you. Nevertheless, it’s never unfair in the way it poses a challenge – which can be said about a bevy of classic RPGs. Conversely, the struggles you encounter only engender a greater sense of accomplishment when the systems click into place. For example, deducing the perfect order in which to erect buildings in your first settlement goes a long way towards establishing a sizeable army to fend off early assailants. This then snowballs, allowing you to reach more heavily guarded areas of the map that house greater rewards. 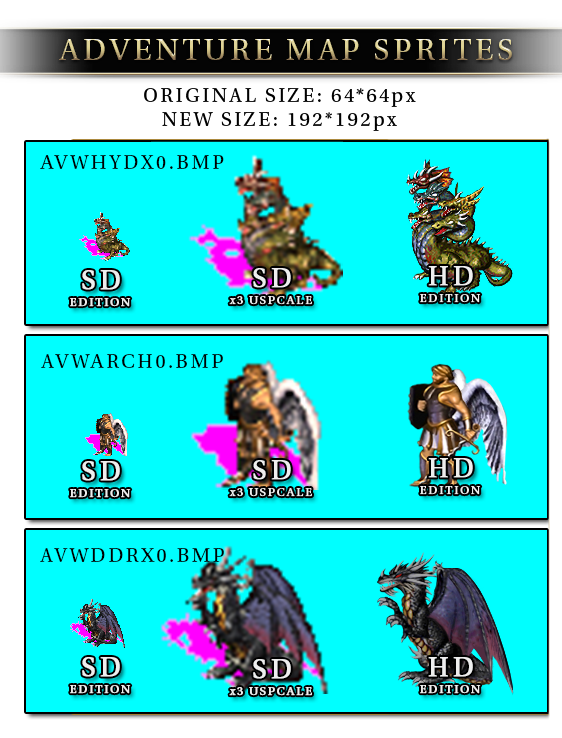 The improved resolution is most notable on the adventure map

There are a number of options available to the player to expedite exploration, and one of the more intriguing ones is the ‘Quick Combat’ feature. Combat itself takes places on a gridded field with your heroes sitting in the wings, commanding your troops and assisting them with powerful spells. Enabling ‘Quick Combat’ simply calculates the losses you’d receive through an algorithm and sets you on your way. In what is perhaps a damning reflection of my ineptitude, I often found this feature would result in a far better outcome than if I had simulated the battle myself.

With regards to how this ‘HD’ update differs from the original, DotEmu are keen to stress the new online component which allows you to design maps and share them with the community. Such is the nature of reviewing games before public release, I was unable to test this aspect of the game. Beyond that, HoMM3HD includes widescreen functionality and (obviously) an upgrade in visual fidelity. The improved resolution, although not game-changing, makes the sprites pop out significantly more than their 20th century counterparts – particularly with respect to the adventure map sprites. Most interestingly, Erathia can now be explored on IOS and Android devices complete with a ‘Hot Seat’ mode that encourages pass-and-play multiplayer.

HEROES OF MIGHT AND MAGIC III - HD EDITION VERDICT

With the release of HoMM3HD following hot on the heels of Avernum 2: Crystal Souls, it feels like revamped versions of old-school fantasy games are the flavour of the month – and we’re not complaining. As with Avernum, HoMM3’s sheen has not been dulled by the vitiating properties of time; instead, its unique blend of roleplaying and strategy is just as alluring 15 years on.

Finding a veritable trove of riches beyond an unforgiving stretch of an underground dungeon.

Heroes of Might and Magic III - HD Edition Essentials 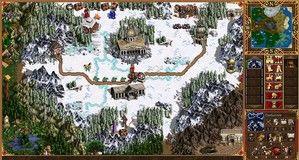 Trending Heroes of Might and Magic III - HD Edition 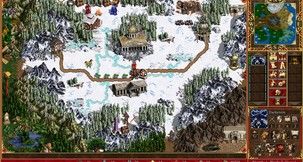 Heroes of Might and Magic III - HD Edition Review