Is a Blue Monday reference too obvious?

What do you get when you cross explosions, Brexit-esque acts, and security guards with audition tapes? You get The Occupation. Don’t let the silly description fool you, this is a game that explores terrorism, xenophobia, and civil liberties. Video games have only recently started to discuss important topics, and very few are able to treat them with some degree of confidence. PC Gamer compared this game to Bioshock Infinite, and that’s unfair. While Bioshock Infinite loved to use false equivalences in its discussion of racism, The Occupation reminds us that there is only one way we can explore these topics fairly: with humanity.

When a bombing kills over 20 people in 1980s Britain at the Bowman Carson Facility, protests are brewing as you come to the desecrated faculty to interview staff as journalist Harvey Miller. With the primary suspect denying his involvement, you’re tasked with learning as much as you can before your appointments. Along the way, you learn more about the controversial Union Act in the center of the conflict. Will Mr. Miller be able to find out the truth, or will he fail miserably and get caught snooping around? 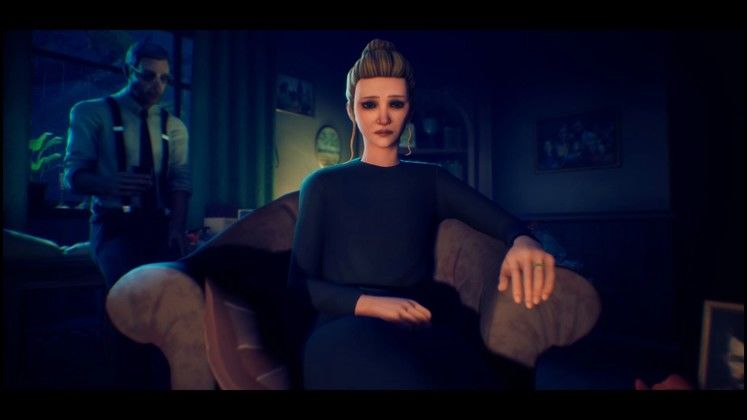 Suffice to say, this is as political as a game can get and not mentioning how it treats politics would be disrespectful. If you pay attention to the news surrounding Brexit in the United Kingdom, it’s clear where The Occupation gets its influence for the Union Act. It’s not subtle, even using the talking points regarding healthcare that Brexit did. Hell, there’s even a mention of politicians that vow to “make Britain great again”. This might not seem like a big deal in comparison to other mediums, but video games have frequently faked apoliticalism rather than honestly explore their topics. The Occupation stands outs by forcing you to think about the impact politics have on life.

While it can fall into the “both sides are equal” trap at points, it’s better at treating these issues with nuance than most games. This is thanks to the great characterization at play. It’s a small cast, letting you get to know them. From your interviewees to the help around the facility, you get a good picture of who works there. The most notable character being Steve: an endearing security guard who just wants to be a movie star. Because he’s your main “foe” (ie, the one hired to find you trespassing), you hear him complain about his job and his corny attempts at acting as you sneak about. He definitely stands out, and stealth games should take a note on how to make likeable guards from White Paper Games. Even our biggest antagonist, the soft spoken Charles Bowman, comes across as human even as he plans to enforce strict and dystopian laws. It’s a sense of realism you don’t see in games discussing politics, and it makes it all the more terrifying.

The thing that makes The Occupation so scary (even as a non-horror game) is its depiction of prejudice. It’s odd at first, making the group facing such ire French instead of a noticeably marginalized group, but the language used is uncannily accurate. When the PR Head tells you that she wishes radical protesters would “get jobs” or be “more productive”, or the IT Department compares immigrants to flies entering an open window, it’s reminiscent of the day-to-day xenophobia you might come across. The type that’s said with a closed smile, a hushed voice. The people facing prejudice in this game might not reflect reality, but the systemic way it is expressed does.

There’s a reminder that the people who have this power, the ability to cause such sweeping legislation, are human. Instead of creating empathy, it adds to the tragedy of this world. It tells us that a lack of compromise isn’t just to unexpected in high-stakes politics, but impossible. The end of the game (if you don’t lose your chance) forces you to make a decision regarding that, and there is something powerful about trusting the player to have a choice in this matter. Would you prefer to take the easy way out and not uncover the truth? That’s an option here. A cowardly option, sure, but an option all the same. The choice you’re given, alongside the ways it discusses political issues, makes for a story that gets stuck in your head.

The Occupation mixes the immersive sim genre with a heavy focus on stealth with concepts from walking sims like Gone Home. That might sound weird at first, but it gels together nicely. In the game’s main three levels, you have the goal of collecting information before an interview. Since the people you interview won’t tell the whole story, you will need to find various leads to uncover the truth. This is only possible by sneaking around and finding evidence. Whether its an email you have to print or a cassette tape in a safe, there are plenty of objectives to learn everything. This is emphasized by the little details when you play. Being able to slowly open doors, using your change for unnecessary items, or bothering someone by looking at your watch while they reprimand you makes for a believable world. It’s where the walking sim descriptor comes in, where stuff is there for world building rather for the sake of mechanical purity. 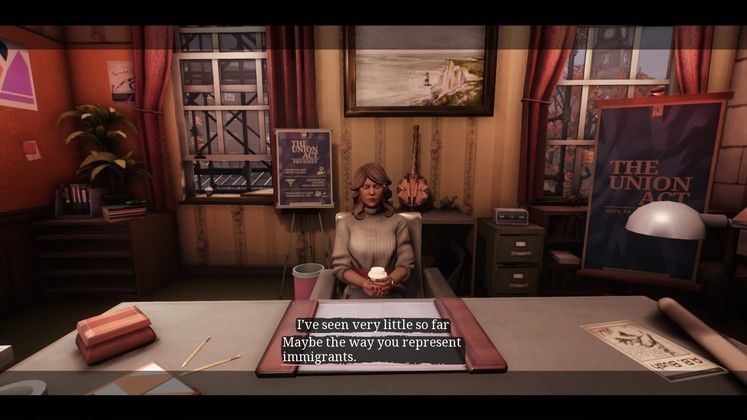 You might be accustomed to the stealth genre, but placing it in a nonviolent scenario where the payload is information rather than some Thief-esque treasure is refreshing. Like most immersive sims, there are plenty of ways to break through. Whether you’re someone who sneaks through the main door or hides in vents, there are many points of entry throughout the facility. Stealth is the only option you have, so be prepared to look behind you every second. There’s a real terror in being out-of-bounds, especially when you’re looking through files. Having to uncrumple notes while a guard might be on his way or waiting for a floppy disc to copy a file forces you on edge. When a guard finds you, it can be unfair at times. Sometimes they’ll give you time to vacate the premises, other times they’ll drag you to the head of security. The game can still go forward when you’re caught, but you might lose your chance to find more evidence. It gives you that same panic of trying to find the right key for the right door when a horror flick killer is behind you.

The reason why this game is filled with that anxiety is because of its focus on real time. Each main level lasts around an hour, and the clock is ticking the moment you begin. This forces you to think fast and can influence some risky behavior to get the scoop before the deadline. Other games have tried real-time before (The Last Express being the first predecessor that comes to mind), but The Occupation makes it a lot more impactful in a way that will polarize a lot of people: no manual saving. On one hand, it makes the decisions you make all the more important. Successfully finding a lead is a real achievement. On the other hand, you need to commit not only to your choices, but playing the game itself. You can pause, but you can’t save if you need to step away from the game. It’s not accessible, but it definitely wouldn’t have the same heft if it gave you more leniency. If you want a stealth game with consequence and honest-to-god tension, you’ll get that in The Occupation. 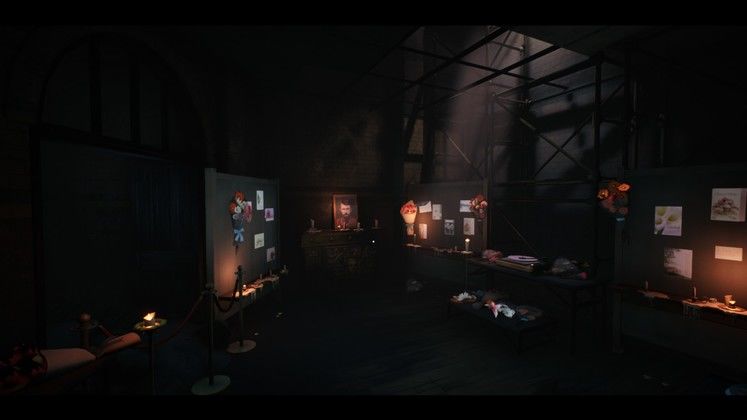 This is a game that requires things to run smoothly thanks to its lack of checkpoints. A crash could potentially lose an hour of progress, and that’s damaging in a game that plays in real time. Thankfully, I never experienced a crash during my experience with the Occupation on my heretical MSI GL63. With all the systems in play, the game ran surprisingly smoothly. Loading times might be a bit slow if you’re impatient, but aren’t sluggish. There was the occasional bug, the type where non-important items clip through the wall, but nothing game breaking.

On the graphical side of things is nothing too extreme, but it works for the story being told. The world is stylized enough to allow for distinct locations and people, but not too stylized to become cartoony. The only nagging concern I had involved sound quality. You can tell some performances were a bit too close to the mic, which can be a bit distracting. Add that with the subtitles not coming through for some lines, and the audio quality (while not poor in the slightest) definitely varies. There will be a day one patch when the game releases, so these problems can become moot in the future.

There’s a lot to love with The Occupation. It’s got humanity, tension, and plenty of little touches that make finding that extra bit of information exciting without the usual violence you’ve come to expect from stealth games. However, its focus on no manual saving and real-time gameplay will be a dealbreaker. It’s not for everyone, but anyone craving consequence and narrative in their stealth game will find a challenge worth facing.

Successfully copying an incriminating email onto a floppy disk after hiding under a desk for five minutes.