Valhalla Hills is all about managing AI pathfinding. I’ve got to say that up front. This is a game where you’re going to watch little computer dudes wander around a virtual environment and get real upset when they can’t figure out a way to their destination. Your explicit goal is to design a village where lots of little vikings can smoothly, efficiently get the resources they need from one place to another, and in order to do that, you’re going to have to spend a lot of time thinking about the specifics of how they decide where to go when they need something.

Still here? Okay, cool. I’m not sure why Valhalla Hills was designed around one of the most universally-hated byproducts of game design–right up there with inventory management and escort missions–but the result is a cute, lighthearted strategy game that’s equal parts relaxing and frustrating.

You play as an exiled viking builder-god, disowned by Odin for your decidedly non-violent interests, as you try to lead a bunch of similarly downtrodden heroes to Valhalla. What that means in practice is that you plop down on a randomly-generated map with a few resources, and build up your tribe piece by piece until you can reach a magic portal at the top of a mountain, defeat the monsters that guard it, and ascend to Valhalla–in theory. The game’s cycle is maybe a little more buddhist than norse, since you’ll be repeatedly tossed back down to earth on new maps until you’ve achieved enough honor to truly ascend. 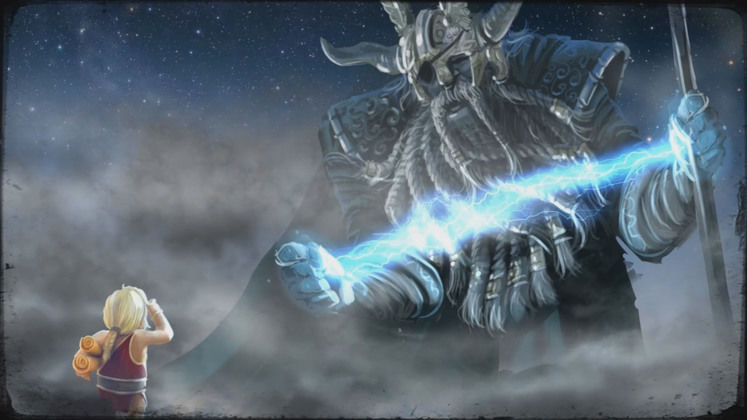 Everything is governed by resource-gathering. It starts simply enough, as you’ll put a woodcutter in a forest to cut wood, a quarry near rock to gather stone fragments, and a toolmaker to put those things together into useful items. Then you’ll probably need some more citizens, so you’ll build some houses, and then of course you’ll need to feed them, so you’d better build a fishery, and maybe a hunting lodge, oh but you’ll need a stonemason to get materials for that, and… well, I’m sure you can imagine that the complexity spirals out from there.

The standard, recommended game mode gradually unlocks new buildings and more complicated maps with more dangerous enemies through a system of achievements. Collecting enough resources over all your games will unlock the courier, and killing enough wolves will cause ice wolves to start spawning. It’s a cool, novel way to slowly introduce new systems, but the game still doesn’t do a great job of explaining itself, especially at the beginning. The function of each individual building gets explained in detail, but it takes a good bit of trial and error to figure out how these functions interact with each other, which is the real meat of the game. Gathering resources is as easy as putting something that collects them nearby, but the trick is in building out a system that quickly and efficiently gets those resources to where they’re needed or where they need to be refined.

Which is the source of both the fun and frustration in Valhalla Hills. Seeing your village buzzing with happy little viking workers is often fun and satisfying, but when things go wrong it’s often difficult to follow everything back to where the problem initially started. Like I said earlier, it’s all about pathfinding, and if a tiny little bit of one of your design is not following those rules, then everything breaks. Each building has a specific range, and if something that building needs is outside of that range, it won’t get collected, or will go to some other location instead. 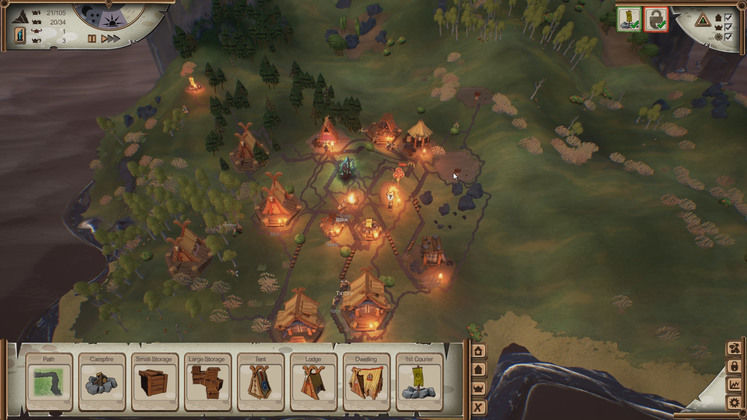 Here we see a little village starting to come to life

If you start getting alerts that your vikings are hungry, then your process to figure out why will involve a lot of frustrating trial and error. If you’re reliant on hunting, you’ve got to make sure there are enough animals in the area to keep you fed–or, alternatively, make sure that your lone hunter didn’t get himself killed by chasing a bear. Or maybe you operate on bread, To bake bread, the baker needs flour, coal, and wood. Flour comes from putting wheat into mills. Is enough wheat getting produced? Or is too much of it going to fuel the brewery instead? Do your bakers have the tools they need? Oh, no, it turns out that your mine was just a couple of tiles too far from the coal deposit. Better build a new one!

Your vikings have a particularly terrible habit of wasting time searching for berries when you’ve moved on to bigger food sources. Even when I felt I had a steady supply of fish, meat, and bread coming in at all times, I was constantly getting reminded that I was out of the extremely finite, early game resource of fruit. If these problems start popping up when you’re deep into a map, it’s tough to come back from them, and more often you’ll need to restart entirely in order to successfully make it to the portal. 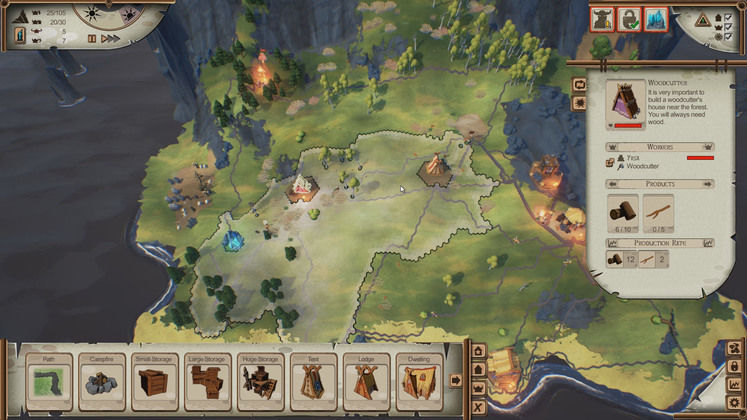 Unfortunately, most of your time is going to be spent looking at ranges and wishing they were bigger

Valhalla Hills charming presentation coupled with my own love of economic strategy games made me want to like it a whole lot more than I actually did. When everything worked, I enjoyed it a great deal–and don’t get me wrong, I understand that unexpected supply issues are a big part of what makes these games tick. But here you’re solving the least interesting problems that these types of games can present over and over and over again. Getting a working village together and leading your warriors successfully to Valhalla is fun, but not enough fun to outweigh the frustration that they won’t walk far enough to eat a damn fish.

It’s a charming, lighthearted game of resource gathering and production. Unfortunately, it’s only really fun when things work smoothly and easily. Figuring out mistakes and solving problems - which should be the core of a good strategy game - are built around solving pathfinding issues, and Valhalla Hills doesn’t do much to make those problems more palatable.

Simply sitting back and watching a well-built village work as intended. 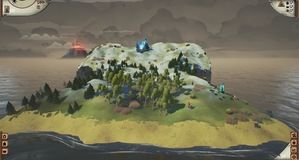