Evading a swarm of nazi planes with ‘stealth’.

bitComposer games has launched an assault on PSN, with Air Conflicts: Secret Wars heading to the downloadable market today.

Xbox Live Marketplace content and bargains for the week announced

Major Nelson has released a list of content for the upcoming week of Xbox Live Arcade, including four Xbox Live Arcade titles, one of which is the long awaited platformer Fez. The major Games on Demand being offered include EA Sports' hot FIFA 12.

The hot deals for the week include SNK's King of Fighters and Metal Slug games, while the following week's discounts focus on Call of Duty: World at War and some Modern Warfare items.

The player commands an aircraft carrier and can deploy squadrons which they control throughout missions. It promises various single and multiplayer modes for Xbox 360, PS3 and PC. 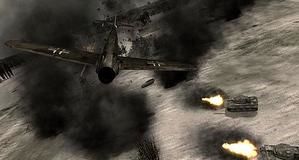