"It can't possibly be any worse than Gothic 4, right?" said Chris Capel fatefully upon receiving this review.

ArcaniA: Fall of Setarrif comes to PC on 25th October

Nordic Games has announced that it's developing ArcaniA: Fall of Setarrif, which will be released for PC on 25th October, 2011.

The stand-alone expansion pack is the next instalment of the ArcaniA storyline. This will be the first game to be released by the recently established company Nordic Games, who are based in Vienna, Austria.

It is the end of an era as longtime European publisher JoWood has shuttered its doors for good, as it has declared insolvency. The company had filed for bankruptcy in January. The company had been founded in 1995.

JoWood might have been rescued, when last month two potential investors were interested in the company. The company failed to achieve its recovery plan, however. In the first nine months of this fiscal year, the company recorded a net loss of over €25 million.

Piranha Bytes is claiming that after Risen 2, they will be developing and publishing the next Gothic game, stating that JoWood's licensing agreement ends at an unspecified time soon.

Publisher JoWood has confirmed that ArcaniA - Gothic 4's add-on Fall of Setarrif has been delayed "indefinitely," citing brewing legal troubles for the game.

In fact they call its legal background "unclear and diverse" surrounding the main games funding. Until this is cleared up JoWood are keeping it "on hold". 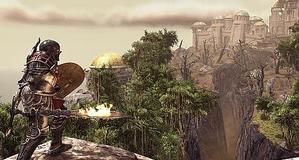