Ashes Cricket 2013 scrapped by 505 Games, assurances "found to be misplaced"

Publisher 505 Games has announced the cancellation of Ashes Cricket 2013 from developer Australian developer Trickstar Games, and promises those who bought it full refunds for the disastrous title.

505 state the team failed to overcome the "unexpected challenges" from the game's chosen engine despite "multiple extensions", with all assurances from the devs "found to be misplaced."

Ashes Cricket 2013 removed from Steam, is 'unfit for purpose'

Despite Ashes Cricket 2013 being delayed by 505 Games back in July for being "simply not worthy of the Ashes name," last week's release has now been met with the troubled sports game being pulled from Steam.

Developer Trickstar had faced "unforeseen issues" said the publisher at the time, meaning they'd neglected fine-tuning and polishing "which any game needs." 505 went on say they're "confident" it would be great.

505 Games has today announced its decision to delay Ashes Cricket 2013. Originally schedule for release on PC during the 1st Ashes series of 2013 in the United Kingdom, the release has been delayed to November 2013 when the return series starts in Australia.

505 Games has revealed it is working on a new title based on the old bat and ball. 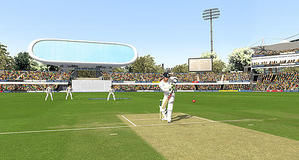