The Banner Saga 3 is on the horizon. After another successful Kickstarter campaign for Stoic, the ball is well and truly moving toward the conclusion of the trilogy. But what's next for the company?

The free-to-play The Banner Saga spinoff Banner Saga Factions is now going into beta. The game, which is basically the combat portion of the original game, is available immediately for all gamers who backed the game in Kickstarter.

Indie developer Stoic has announced that they will be releasing Banner Saga Factions in early November. The game is a free-to-play multiplayer version of The Banner Saga, which the studio earlier this year raised funding through Kickstarter. 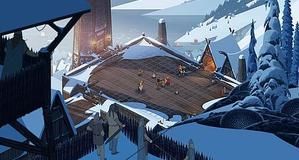