This is my first FPS review and all can say is what a “doosy”!! I have played a lot of the FPS titles throughout the years and I have to say that Call of Duty is quiet simply one of the best.

This is the latest in a string of hints that Modern Warfare maybe getting its own Battle Royale mode.

Some five years after leaving developer Infinity Ward amid a storm of nasty legal business, Activision confirmed to Polygon today that Todd Alderman, former lead designer of the Call of Duty franchise, has returned to the team as multiplayer project director.

For his part, Alderman was one of the 38 members of the "Infinity Ward Employee Group" that sought legal action against Activision in early 2010 for between $75 million and $125 million in unpaid bonuses.

Gearbox Turned Down Offer to Develop Call of Duty Title

Randy Pitchford has revealed that Activision offered Gearbox the chance to develop a Call of Duty title, but the studio turned it down.

We take a look back at the game that started it all... 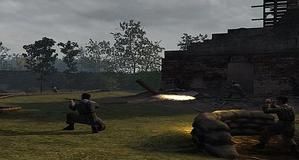