The latest title from Chivalry: Medieval Warfare will be adding a healthy dose of magic with Mirage: Arcane Warfare.

Gallant sword swinger Chivalry: Medieval Warfare from Torn Banner has sold over 1.2 million copies to serfs around the world since its launch nine months ago. Over 455k copies were sold in the US alone.

The UK played second fiddle with over 98k copies. Torn Banner includes a great deal of customisation for wannabe knights, although they don't support the ladies in armour.

One of Chivalry: Medieval Warfare's game developers has written a forum post suggesting why the game features a lack of female characters. According to Steve 'Tibberius' Piggott, including playable women wouldn't add to the experience.

Ever wanted to chop a knight's head off? Well, as shown in the Chivalry Medieval Warfare trailer, you can. 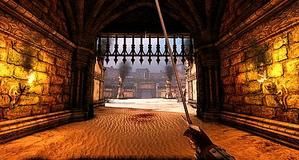