Going by its name, Cities XL has a lot to live up to. Does it deliver? Or will it need a smaller size? (PC)

If you own Cities XL (original, 2011, 2012 or Ultimate versions) you'll be able to secure an impressive 50% off the sequel. Not too bad at all. Regular pre-orders carry a 20% discount.

Monte Cristo has announced Cities XXL, the latest incarnation of its popular city-building series. They haven't revealed too many details just yet, but we do know the game will feature multi-core support.

Apparently this will allow for a smooth FPS regardless of the size of your city, as well as "new features, buildings, and other details".

All-new city building is on the way with Cities XL 2012, which is compatible with the 2011 edition. Focus Home reveal it's got 60 3D maps to choose from.

They say "content is key" to the new instalment, and it offers a "staggering" 1,000 unique buildings. They've got "stunning new playgrounds" to build in.

Focus Home Interactive, creator of Cities XL, has said the UK retail scene for PC is "impossible" for the small publisher to profit - had to go digital.

PC "does not have the place" it once had with retailers, and the same goes for the US. Digital outperforming boxed is "no surprise", given the neglect.

France-based Monte Cristo Games will be closing down this week they announce, following the failure of their MMO-based Cities XL.

A subscription-based urban city builder, Cities XL was thought to be a successor to SimCity, but numbers weren't on the studios side. 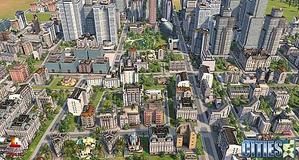