You'll Throw Your Controller At Your Own Head More Than The Wall.

Sometimes, small indie teams produce the most engaging gameplay, the most captivating stories. Here are the best indie Ggames on PC you can play today.

Cuphead garnered most of its early attention not through word of mouth about its difficulty, but because of its 1930s cartoon aesthetic. Now that we've seen it all (for now) players are taking it upon themselves to imagine other games sharing a similar style.

With most passerby seeing Cuphead as a zany platformer, going into the game itself itself will come as quite a shock. Though there are 6 perfectly placed platformer stages, Cuphead is a run n' gun Boss Mode brawl - and a very difficult one at that. Just like the games it attempts to emulate, Cuphead cheats are certainly a thing. But only to those who dabble in the dark arts.

While fairly simple at its core, Cuphead has a few little secrets. Some of these hide in plain sight, whereas others are purposefully hidden and will technically never be seen. Finding shortcuts to other levels in each Overworld isn't usually too tough, but did you know there are hidden coins on those screens, too? 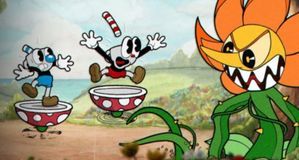 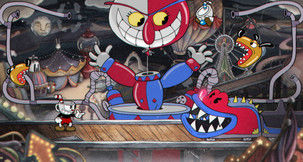 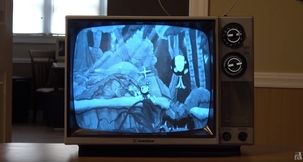 Cuphead Being Played On A Black & White CRT...