PC gamer brains are finally on the menu for Dead Rising 3.

Capcom has been working to tidy up its much criticized PC port of Dead Rising 3, and a patch that fixes a few of the most common issues has just popped up on Steam.

It's not going to magically sway fans unhappy with the game's various bugs and general poor performance, but it's a start.

You can now pre-load the game files for the PC version of Capcom's zombie-smashing action game Dead Rising 3, but unless you've got a monster hard dive you might want to clear some space.

It'll take up a surprisingly huge 30GB of space. Yowzers. Probably a good thing they start letting you download it early.

Let it be known; Dead Rising 3 on PC is now known as the Dead Rising 3: Apocalypse Edition, and will ship with four free DLC packs previously released on the Xbox One.

The Untold Stories of Los Perdidos will each focus on a different protagonist, and will net you various different weapons and vehicles for use in the core game.

I'm not entirely sure if this is a mistake on Valve's part or if Capcom just didn't really care about keeping it hush-hush (wouldn't that be refreshing?), but the PC release date for Dead Rising 3 has been revealed on the game's Steam store page.

Confirmed: Dead Rising 3 in development for the PC

Capcom confirmed the recent rumours that Dead Rising 3, the Xbox One launch title, will be released for PC via Steam in summer 2014. 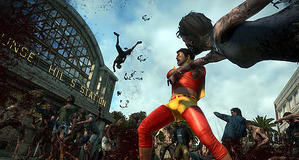