DiRT Rally diary gets into community involvement with production

Codemasters has released a new dev diary that discusses the game's tenure on Steam Early Access, and how they used the feedback from the dedicated DiRT community to shape the game into a racer that both fans and newcomers would enjoy, along with paying homage to its origins as Colin McRae: DiRT; the game dropped the license after the famed racer passed away unexpectedly.

The developers went on to explain they wanted to focus on the more dangerous aspects of rally. “We started from the ground up, looking at what we needed to do with the tracks, how we needed to change the cars to make sure that they drove properly within them and getting that feeling right; the sense of flowing through a stage and of impending doom if you go off the road," explained lead designer Paul Coleman. "All of that stuff really feeds into what it is to be a rally driver and the mindset that you approach the stages with.”

Codemasters has announced that their off-road rally racer DiRT Rally has launched on Steam, and the game will come with some premium day one downloadable content free for players who were a part of the game's Steam Early Access.

DiRT Rally is the latest episode of the long-running offroad rally racing series and is currently in Steam Early Access. However, if a German Amazon store page is to be believed, it'll be officially launched on 8 December 2015, and will get a physical release, no less.

Codemasters has announced a new content update called Modern Masters to DiRT Rally, which is currently in Steam Early Access. The update is free to all Early Access players. The new update adds the Citroën C4 Rally 2010 and the Ford Focus RS Rally 2007, as well as R4 class cars including the Mitsubishi Lancer Evolution X and the Subaru Impreza WRX STI 2011.

The studio also released a trailer showing off the new rides in action. 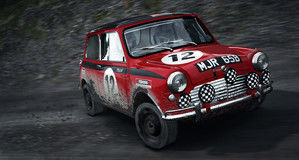 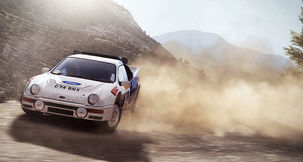 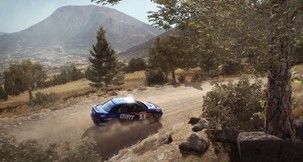