Dragon's Lair finally arrives on the XBLA, but has it aged well?.

Dirk the Daring lives again, as the second attempt to crowdfund the Dragon's Lair movie has been successful. After unsuccessfully attempting a Kickstarter campaign, Don Bluth and Gary Goldman achieved their more modest $250K Indiegogo crowdfunding drive - and have 32 days more of funding to go.

Don Bluth has canceled the Dragon's Lair: The Movie Kickstarter to raise $500,000 to create a film pitch for studios to produce the film. However, Bluth states he'll be trying other avenues to get the project done.

Kickstarter launched to bring Dragon's Lair to the silver screen

Gamers who wandered the arcades back in the day will remember the voice of a narrator rising above the bleeps and bloops of the various cabinets to announce, "Dragon's Lair! A fantasy adventure where you control a valiant knight, on a quest to rescue a fair princess from the clutches of an evil dragon!" A new Kickstarter by famed animator Don Bluth has launched to bring Dirk and Daphne to the silver screen.

Valve has announced the third set of games that have been approved by gamers via Steam Greenlight. The games include yet another version of Dragon's Lair by Digital Leisure, a PvP MMORPG that's been in development since 2006 (Darkfall: Unholy Wars), and the second trucking sim Euro Trucking Simluator 2. 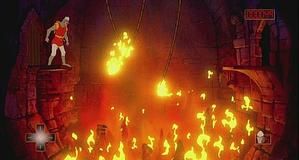 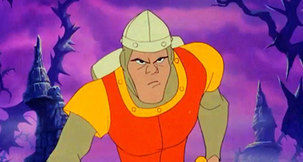