We live in a post-Duke Nukem Forever world. Let that sink in for a minute. Sure, Duke Nukem Forever might not have been great, and it might have forever cemented Duke as a 90s relic and icon of adolescent masculine fantasies forever, but at least it’s finally out. Now it sounds like a remaster of Duke Nukem 3D might be on the way.

Those of you who haven't enjoyed the Duke Nukem series yet, Good Gold Games is selling a bundle for $1.77, which includes both Duke Nukem 1 and 2 (2D platformers), Duke Nukem 3D (the famed Build engine shooter) and the pinball game Balls of Steel. Another 59 cents includes the Atomic Edition of Duke Nukem 3D, which adds extra levels.

Developer 3D Realms has put out an ad looking for folks who are familiar with the Build Engine, the very same graphics engine that Duke Nukem 3D was created on.

That would be the same Duke Nukem 3D that released back in January 1996, by the way. Yep.

3D Realms "denies all allegations" by Gearbox, "retains the right" to Duke Nukem

The legal scuffle between Gearbox Software and 3D Realms has just escalated as the Duke Nukem creator "denies all allegations" made by the Borderlands developer, and make their own accusations instead.

3DR "retains the right to develop" Duke Nukem Survivor, and that the trademark for Duke Nukem was "never assigned to Gearbox," but remains with 3D Realms.

Danish studio Interceptor Entertainment, who was working with 3D Realms on a new Duke Nukem, has now acquired the Apogee/3D Realms business. The plan is to allegedly use 3D Realms as a brand.

This comes amid legal trouble as Gearbox Software stop development of the newly revealed top-down RPG Duke Nukem: Mass Destruction, claiming they have no rights. 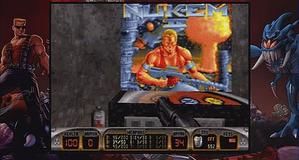