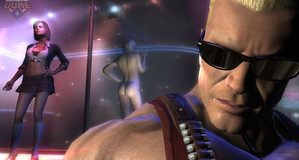 Interview: We talk to one of The Duke's saviours...

Duke Nukem Forever. For a long while, many thought this game would never come. Constantly the butt of jokes, people could only look on as the game was delayed and delayed, until finally 3D realms shut its doors entirely. Thankfully, Gearbox Software stepped in to save the day, and so we talk to Vice President Steve Gibson about The Duke, and what it took to save him. 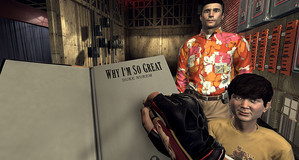 Preview: With just a month to go before the release of the most infamous name in gaming, we take a multiplayer hands-on with shrink rays, Devastators and babes.

Duke Nukem has never shied away from controversy, but even he might’ve been surprised at the overreaction to the new ‘Capture The Babe’ multiplayer, which centred around the ability to slap the babe’s arse when she gets hysterical. I got a hands-on with this mode and plenty of others, so I’ll let you know if I’ve been corrupted by the rampant sexism at all, honey. ... 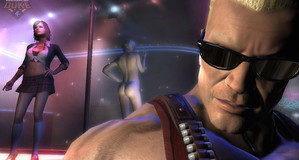 Preview: We go hands on, finally, with The Duke. Enjoy...

Duke is dead, long live The Duke. I bet for many of you, you can remember where you were on May 8th 2009 when 3D Realms announced it was officially closing its doors. With nearly all the staff fired, development formally halted, and no hope in sight, it felt very much like the death of a game that had been suffering for over a decade.