After 13 years in development, Duke Nukem Forever should be the greatest game ever made right? Right?

The struggle between 3D Realms and Gearbox for ownership of the Duke Nukem IP is over, with the latter retaining the rights to the franchise.

A brief history: 3D Realms sold Duke Nukem to Gearbox, who put the finishing touches on

This might not be music to everyone's ears, considering the rather lukewarm reception Duke Nukem Forever received when it launched back in 2011, but Gearbox president Randy Pitchford says that he would like to work on a new entry alongside an outside developer.

Pitchford was speaking at today's Develop 2015 conference, and also revealed that Gearbox has been brainstorming concepts for a new game in the venerable series. The studio is apparently too busy to commit fully the the project, so another studio would be needed to help out.

3D Realms "denies all allegations" by Gearbox, "retains the right" to Duke Nukem

The legal scuffle between Gearbox Software and 3D Realms has just escalated as the Duke Nukem creator "denies all allegations" made by the Borderlands developer, and make their own accusations instead.

3DR "retains the right to develop" Duke Nukem Survivor, and that the trademark for Duke Nukem was "never assigned to Gearbox," but remains with 3D Realms.

Danish studio Interceptor Entertainment, who was working with 3D Realms on a new Duke Nukem, has now acquired the Apogee/3D Realms business. The plan is to allegedly use 3D Realms as a brand.

This comes amid legal trouble as Gearbox Software stop development of the newly revealed top-down RPG Duke Nukem: Mass Destruction, claiming they have no rights.

3D Realms and Danish studio Interceptor Entertainment is busy with Duke Nukem: Mass Destruction, but Gearbox Software has taken exception to this because they bought rights in February 2010 to the IP.

The Borderlands creator says they have "very limited exceptions" when it comes to the IP, and that this new game is in breach of their agreement, which saw 3DR rescued. 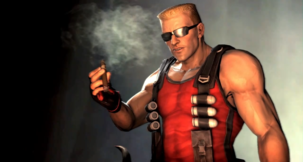 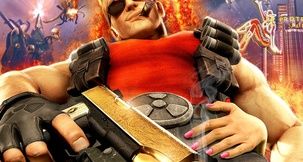