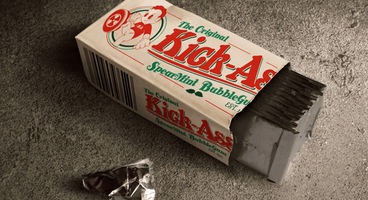 3D Realms and Danish studio Interceptor Entertainment is busy with Duke Nukem: Mass Destruction, but Gearbox Software has taken exception to this because they bought rights in February 2010 to the IP.

The Borderlands creator says they have "very limited exceptions" when it comes to the IP, and that this new game is in breach of their agreement, which saw 3DR rescued.

Gearbox helped prevent 3D Realms from continuing litigation with Take-Two as Duke Nukem Forever struggled to release, but Gearbox stepped in and got it launched.

That 'rescue' took place in February 2010 and almost entirely signed over the licensing rights of Duke Nukem in order to save the ailing studio. Work began on 'Duke Nukem: Mass Destruction' in September of last year, with an announcement website appearing earlier this month. Gearbox sent a cease and desist letter by February 13th.

Gearbox accuses 3D Realms of making moves to "privately convince others that the sale never happened," and so then proceeded with Mass Destruction with Danish developer Interceptor Entertainment.

"Unfortunately, the 3D Realms-Interceptor maneuver has left Gearbox with little choice but to bring these claims."

"I am aware that Exhibit 2.2 of the APA states that 'all future development in the Duke IP' is a development right exclusively held by Gearbox.," the letter stated. "As such, only Gearbox has possessed the right to use the Duke IP in the development of any and all new Duke Nukem games, ancillary projects and materials since February 2010," it read.

"Because such rights belong to Gearbox alone, development efforts such as 3D Realms' Duke Nukem: Mass Destruction effort with others was not only unauthorized, but a material infringement of Gearbox's rights. I apologize to Gearbox for the infringement and breach represented by my efforts."

It is Gearbox's contention that this letter shows a wilful breach of the Duke Nukem IP acquisition terms. At one brief stage, 3D Realms petitioned to sue Gearbox for extra royalties from Duke Nukem Forever sales, but it was withdrawn rather quickly with Scott Miller issuing an apology to Gearbox for the 'misunderstanding'.

The saga continues, unlike the Duke Nukem franchise, which is left without gum and only legal bills to shuffle.