Joseph Powell fails his saving throw and is forced to review Dungeons and Dragons: Daggerdale.

For CyberMonday, Xbox Live Marketplace is serving up some nice deals on four Arcade titles, including Beyond Good & Evil HD, whose price has been slashed a whopping 70% today.

Developer Bedlam Games is more or less closed down according to an anonymous twitterer, who says they "laid off most of its staff" after D&D: Daggerdale.

Apparently around 90 percent of staff are on "temporary layoffs" with no severance pay, although many have moved on to new jobs. So long Bedlam?

Microsoft has told Gamasutra that Xbox Live Marketplace is down due to an "internal operational error".

Microsoft states it is "actively working to resolve the issue as quickly as possible," but has not given any timeline on when the Marketplace will be up. Xbox Live, matchmaking and other online features are unaffected.

Atari has released a fighter class trailer for Dungeons and Dragons Daggerdale, which will be released on XBLA, PC and PSN this spring.

"Fighters are determined combatants, trained to defend and protect the other members of their adventuring groups. Fighters define the front line by bashing and slicing foes into submission while reflecting enemy attacks through the use of heavy armour."

D&D: Daggerdale first of a trilogy

Bedlam Games' creative director Zandro Chan has revealed that Dungeons & Dragons: Daggerdale is only the first game of a trilogy, and a demo level will be available to gamers before the game is released. 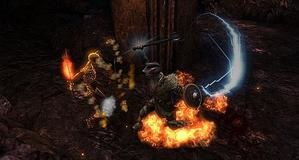