A new demo has popped up for Dungeons - The Dark Lord, a standalone expansion to Dungeons which adds including four-player multiplayer, an extensive single-player campaign, a new dungeon setting and approximately 25 unique prestige gimmicks.

Kalypso has released the trailer for Dungeons: The Dark Lord, the standalone add-on for the evil dungeon builder game, which will add a new story-driven campaign and multiplayer.

You can play as some of the bosses now too. There's an "extensive single-player campaign" with a new dungeon setting and 25 "prestige gimmicks." Excited? 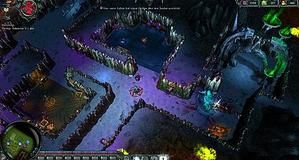