Already leaked by the Steam register that seemed to suggest Halo 3 was coming to Steam, indie developer Shawn McGrath has confirmed that his psychedelic action title Dyad will indeed be coming to Steam.

Sony has announced that the stylish mashup of Tempest and Audiosurf, Dyad, will finally be hitting PlayStation Network on the 17th July. The music arcade shooter was originally due to be released sometime in 2011.

Last week at a PlayStation Network event in New York City, the latest PSN title, Dyad, was showcased by the developer Shawn McGrath.

Dyad features27 different levels, each with a variety of mechanics and goals including forming long combos, racing, surviving as long as possible, hitting certain top speeds and more. The game also features 26 special Trophy levels with alternate goals such as only using sound to play or collecting objects as quickly as possible.

PlayStation US Blog has announced a new abstract racer for PlayStation Network on the PS3 called Dyad, which is a weird melding of Rez and Wipeout. 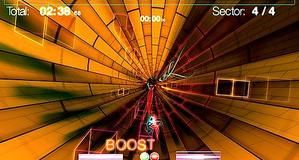