Paradox has been the soul of historical computer strategy gaming and with Europa Universalis 3 it proves to remain so for years to come. 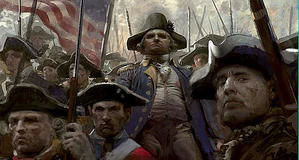