No project has been announced yet with Redding attached. Arkham Origins was the studio's first title since forming in 2010. Over 100 new jobs will be added to the studio.

EA Sports' FIFA 13 has kept itself atop the UK all format chart for the sixth week, and its second time in 2013. The top five titles in fact haven't changed, leaving Far Cry 2 in second place.

Clint Hocking, a former creative lead on series Splinter Cell and Fry Cry 2, has joined up with team Valve for a position not yet announced. Hocking also stood as creative director at LucasArts.

He left his Skywalker employer last month but recently tweeted a pic of his son climbing the big valve-tap of a certain Half-Life developer. Whilst at LucasArts he never released any projects. 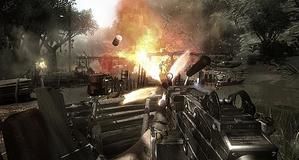