Giants Software has released update V1.3.1 and more will soon be on the way with new content down the line. We'll post all of the changes made here and update the article as and when new patch notes are released.

It may be hard to believe, but those rapid waves of simulator titles often found in supermarket bargain bins actually have a very well-established audience. Euro Truck Simulator may be a household name among the PC community, but Farming Simulator 17 has broken its own record by selling more than one million copies in under a month.

Farming Simulator 2017 is a great, well, farming simulator. We all know however that life on the farm can be tough. A few bad crops, a couple bad events and you can easily end up in a world of debt. Here's how to solve it...

PETA wants GIANTS Software to create an accurate depiction of the farming industry with Farming Simulator 2017, so it's asked them to add slaughter footage showing pigs that are killed by being “hung upside down, stabbed, and dropped into scalding-hot water”.

"animals are not ours to eat" is the motto that PETA stands by, and it wants video games to show the grim realities of what happens to animals on some of the farms in the industry. In a latter sent to Christian Ammann, managing director of Switzerland-based GIANTS Software, PETA asks that footage from abattoirs be included.

Focus Home Interactive has announced in a brief press release that Farming Simulator 17 will be coming by the end of 2016, developed once again by Giants Software. 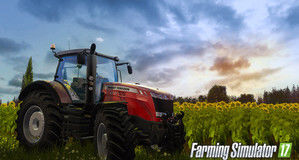