Welcome to the best second episode Telltale have ever done.

Latest episode out today for Game of Thrones: A Telltale Games Series

More drama in Westeros today as the penultimate episode for Game of Thrones: A Telltale Games Series is out. This means were but one episode from completing the season with the Forresters.

They've not had the best of luck since a certain wedding turned rather red. Now they might just have a shot at clawing back what's theirs, but not before a bunch more things go wrong.

Penultimate episode of Game of Thrones: A Telltale Games Series due July 23rd

The ever-cheery Game of Thrones: A Telltale Games Series will be spreading more of its good nature next week as the penultimate fifth episode for the season will release on PC Thursday, July 23rd.

The episode is called A Nest of Vipers and Telltale Games tease us that things are more precarious than ever for House Forester. Can't everybody just get along?

The fourth episode of Telltale Games' Game of Thrones adventure series will be arriving tomorrow, and it puts us just two episodes away from the season finale. Naturally everyone will have made peace by then...

A new trailer for episode 'Sons of Winter' has also surfaced and teases the precarious situation the scattered Forrester household finds itself where it all "hangs in the balance". Their fate 'is in player hands'.

Telltale has confirmed that the third episode of its popular Game of Thrones adventure series will be named The Sword of Darkness. 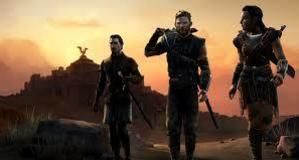 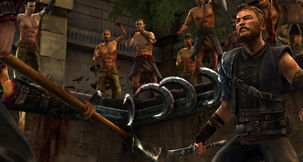 Latest episode out today for Game of Thrones: A...