Overall I was quite impressed with Gears of War. It took a year, but now Xbox 360 owners finally have that must have title for their system.

Gears of War has had a history of exclusivity with the Xbox platforms. Many would argue that it was always a driving reason to have an Xbox 360 in the first place. That said, there's either some confusion or hints of a Gears of War 4 PC release over on UK-based online retailer GAME.

Gears of War: Ultimate Edition on PC "later than Xbox One version"

Xbox head Phil Spencer has announced that the PC release for Gears of War: Ultimate Edition will be arriving after the Xbox One launch, which isn't that surprising. The Ultimate bundle will be arriving on console August 25th.

The PC version was announced at E3 2015 but carried no date. It is a remaster of the original Gears of War game from 2006, and includes 4K support, superior visuals and five missions cut from the original.

Bleszinski: 'Old guard' of E3 and mag covers "is dead," community is everything

Gears of War creator Cliff Bleszinski hopes his "defining legacy" won't just be that series where you're "shooting f*cking lizard-men in the f*cking face with a f*cking chainsaw gun," admitting it wasn't his true vision.

Bleszinski also remarks that the 'old guard' of E3 reveals and a cover on magazines "is dead," because YouTube and the like let you and fans get a far greater message across.

It has been confirmed that Microsoft and Epic have included a digitally redeemable copy of the original Gears of War for Xbox 360 in every of Gears of War: Judgment while "launch quantities" last.

Once the launch stock sells out then the offer is no more. Ratings restrictions in Germany prevent the Games on Demand treat bringing joy to the Fatherland. Microsoft releases a new trailer. 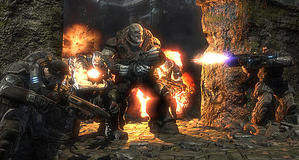 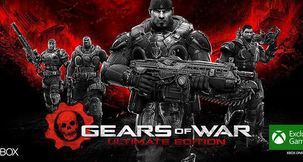 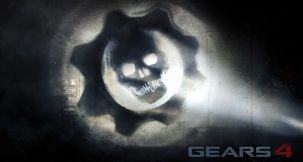