Never has a game's title made Chris Capel so happy..

Daedalic Entertainment has announced that a demo is now available for the final chapter of their Deponia adventure game trilogy, Goodbye Deponia. 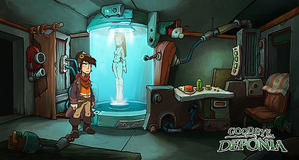