Grand Ages: Medieval now up for pre-order on Steam

Grand Ages: Medieval is now up for pre-order on Steam, and developer Gaming Minds Studios has lifted the lid on the content you'll get if you put your money down early.

As well as a 15% discount, you'll net a copy of the game's Digital Soundtrack, as well as two pieces of DLC - Camelot and Ancient Wonders.

The live stream from developer Gaming Minds Studios for the upcoming kingdom builder Grand Ages: Medieval has come and gone, and now we're treated to a full hour-long video of the game in action.

We get fresh gameplay straight from the studio with developer commentary. The game world stretches across all over Europe where we start as a humble village that hopes to rule them all.

A grand time will be had this week on Thursday as Kalypso Media will be live streaming their first gameplay demonstration for Grand Ages: Medieval. The stream will be given by developer Gaming Minds Studios.

They'll be taking questions from their serf viewers about the kingdom builder's mechanics. The grand strategy will be playable at Gamescom next month, and then it's the home stretch until September 25th.

Kalypso Media has told us that they'll be releasing Grand Ages: Medieval on the 25th September. It was previously thought to be released only on the PC, although Kalypso have been sneakily working on a PlayStation 4 version as well.

Grand Ages: Medieval is a real-time grand strategy game that immerses players in a world spanning over 20 million square kilometres. There's an 8 player multiplayer mode and single-player where you can lead your people through decades of politics, trade, warfare and research. 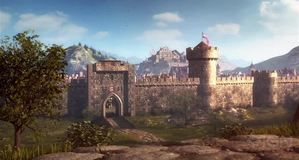 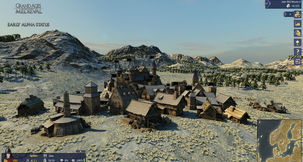 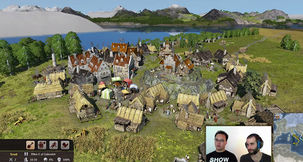 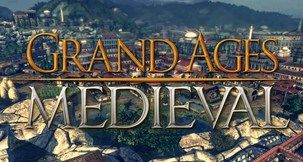