PlayStation Network being taken down for maintenance on 20th January

Sony is warning on the PlayStation US Blog that the PlayStation Network service will be down on Thursday, the 20th January. The outage will run from 8AM PST (4PM GMT) through to 9PM PST (5AM GMT, Friday).

The blog states that the PlayStation Store will be unavailable, as well as online gameplay, Home, Music Unlimited & Video Unlimited services and all account maintenance services. 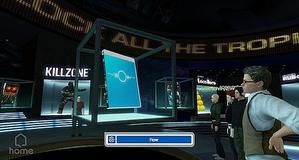