Insane in the game.

Bundle Stars has announced a new Indie Capsule Bundle that will include seven games on Steam for the price of $3.50 USD. Individually, the games would collectively cost $55.

The surreal Xbox Live Arcade shooter Insanely Twisted Shadow Planet will be arriving on Steam on the 17th April. The game will run players $14.99 USD.

The game was recently announced for PC, and will include the Shadow Hunters co-op DLC for free.

Michel Gagne and Joe Olson of Shadow Planet Productions have confirmed that a PC version of their Xbox Live Arcade title Insanely Twisted Shadow Planet is in development and that it "is coming very soon."

It seems that a PC version of Insanely Twisted Shadow Planet has been rated by the ESRB, which guarantees that the game will be released for the platform.

Major Nelson has listed the upcoming Xbox Live Marketplace content for September on his official blog, and one item has appeared for September 13, the first downloadable content for the wild action title, Insanely Twisted Shadow Planet. The DLC is listed as "Insanely Twisted Shadow Planet: Shadow Hunters" with a price tag of 400 Microsoft Points ($5 USD). 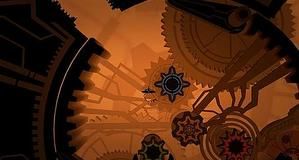