Square Enix Has not Abandoned Just Cause: New Game in the Works

Square Enix quietly signals that a new Just Cause game is in development, but was it just the mobile version?

Liquid Swords will focus on "high action and giant spectacle" and games that are "immediately accessible and consistently rewarding."

Avalanche "would have rocked" an open world Star Wars game, 'deal was close'

There are some things best kept secret, and this is perhaps one of them. According to an exchange between a former Avalanche Studios bigwig and their current CCO, the Just Cause dev almost had Star Wars.

In fact they "almost got that deal" sealed, according to former studio manager Oskar Burman. If it had of gone through, LucasArts "would be alive today," replied Christofer Sundberg.

It seems Swedish studio Avalanche is closer to naming Just Cause 3 as in development, as it describes a "ground breaking" project that's an "action title". Is it for Xbox 360 and PS3?

Christofer Sundberg of Avalanche back in April commented that Just Cause would be "perfect" for the next Xbox and PlayStation platforms. The studio has two more projects undisclosed. 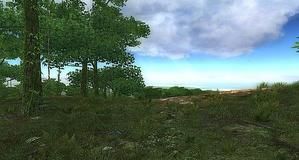