With satisfying gameplay KB:TL more than makes up for its dated graphics and uninspired storyline.

Publisher 1C Company has announced King's Bounty: Warriors of the North for release in early 2012, the latest game in their turn-based RPG adventure series.

A new hero, Olaf, fights against the "undead infesting the Northern Lands", where he'll face "epic battles, valor and love." The school of Rune Magic debuts. 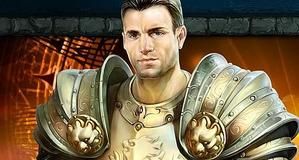